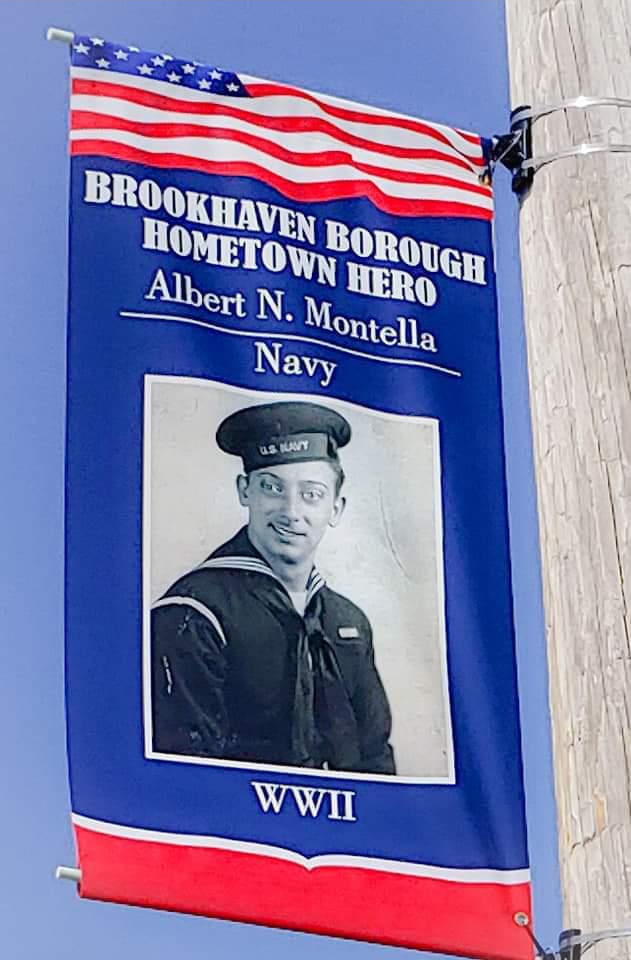 “My grandfather served on the USS Hornet in the South Pacific and he is very proud of his military service,” said Rob Montella, who serves as borough fire chief. “He became a little emotional when he first saw the banner. My grandfather will be turning 99 soon and the fact that he is able to experience this recognition is wonderful. Our borough deserves a lot of credit for honoring our veterans.”

The program was first suggested by historical committee member Shawn McKenna, who has several family members who are veterans.

They started with 50 banners and the response has been overwhelming.

Brookhaven Councilman Terry Heller’s father, Alvin Heller, served in the U.S. Army during the Korean conflict and Vietnam War. His will be the second banner hung.

Fundraisers are planned to pay for the program.

Veterans representing every branch of the service appear on the banners. From World War II, Korea, Vietnam, Desert Storm, Persian Gulf, The Global War on Terror, and those still on active duty – they are all “Hometown Heroes.”

Read more about the banners here.