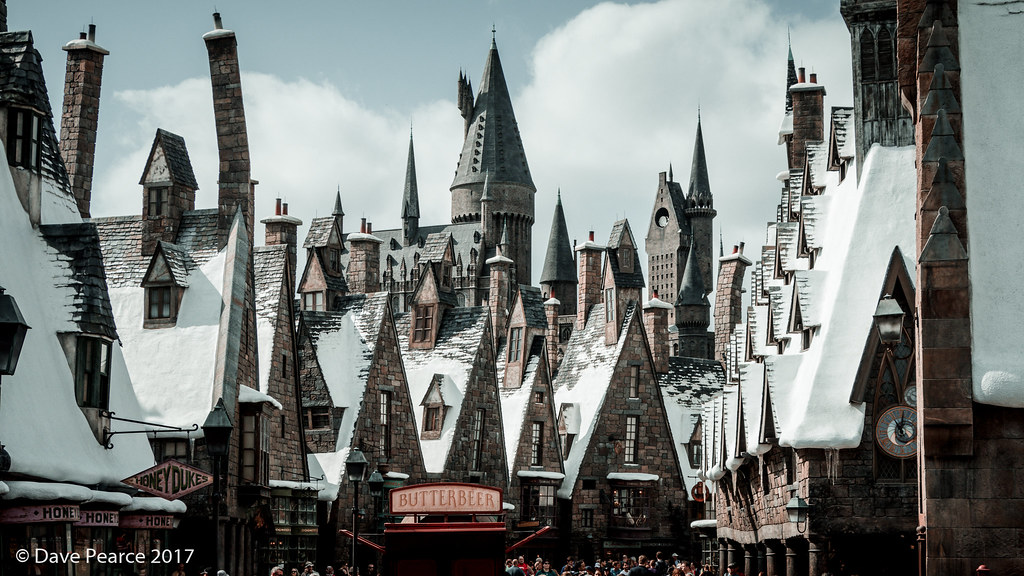 Cory Waddell and Lawrence Mallard dated for two years and decided to celebrate their birthdays with a trip to Universal Studios.

“I am incredibly obsessed with Harry Potter, so I make any excuse to go to Harry Potter world in Orlando,” Cory says. It was at Universal’s Hogsmeade that Lawrence proposed.

A year and a half later, Cory and Lawrence had the perfect Harry Potter wedding. The couple turned Parque at Ridley Creek into the Great Hall at Hogwarts, complete with floating candles.

Cory DIY’ed Chocolate Frogs that went into a box with a Chocolate Frog card featuring her and Lawrence, and the couples’ sweetheart table featured a Gryffindor banner. In lieu of bouquets, Cory’s bridesmaids carried Harry Potter books, and the couple’s officiant donned Head of House robes.