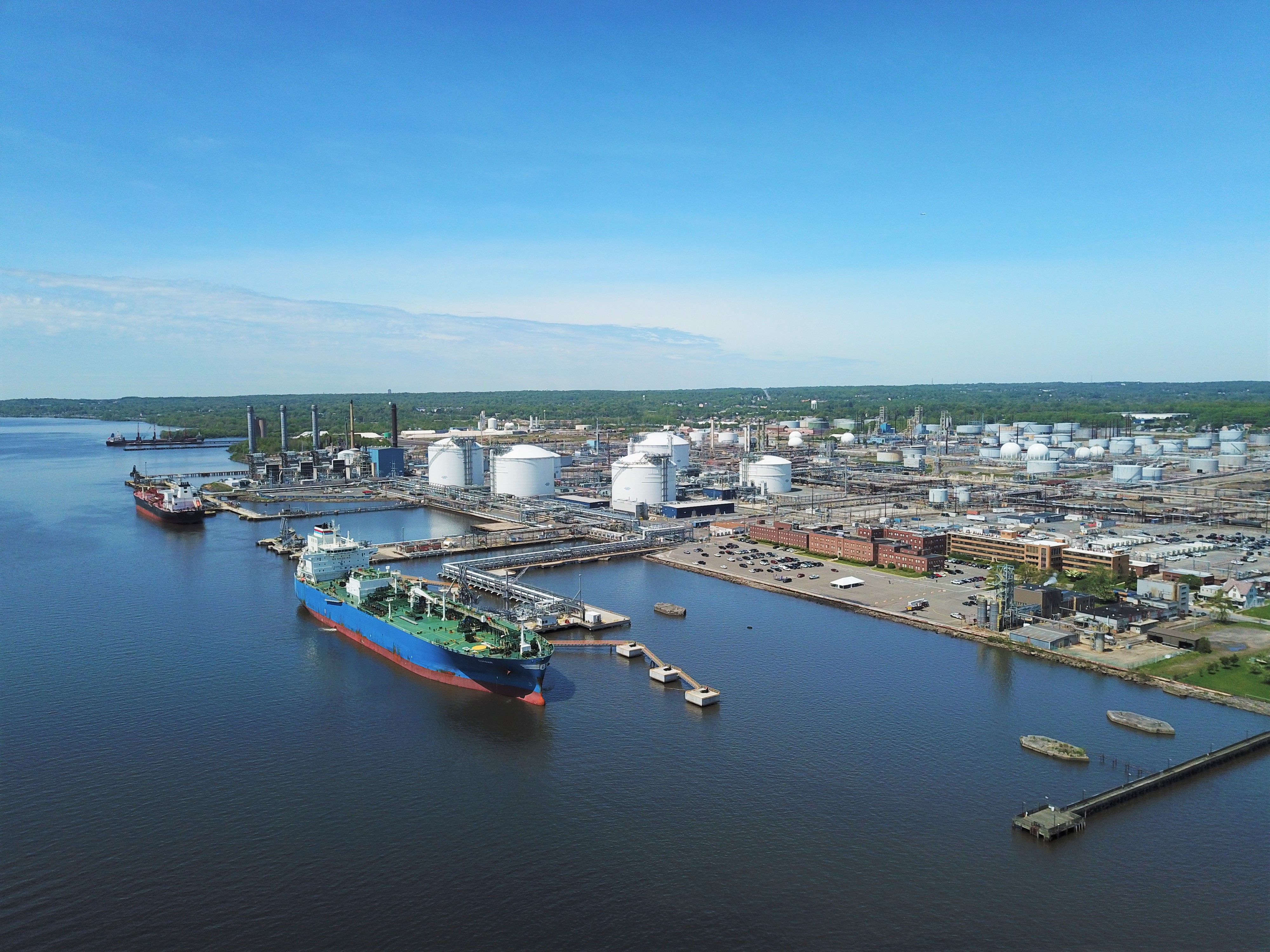 Image of the Marcus Hook Industrial Complex on the Delaware River via Energy Transfer.

A pair of recent developments has the shipping industry along the Delaware River poised to prosper: the deepening of the river’s main shipping channel from 40 to 45 feet and the completion of Mariner East 2.

“The Mariner East system and the additional ship calls it will bring, the advent of a deeper channel and the additional ultra-large container vessels already calling Delaware River ports, and the significant investments already made or underway all signal the onset of unparalleled economic prosperity for the maritime business community,” said Patrick Dolan, president of the Ports of Philadelphia Marine Trade Association.

The continued increases in NGLs being transported through the MHIC are adding to the already substantial volumes of liquid bulk products transiting the Delaware River.

“Mariner East 2 will give the shipping industry along the Delaware River and Bay a much-needed shot in the arm in the short term,” said Capt. Jonathan Kemmerley, president of the Pilots’ Association for the Bay and River Delaware. “The first phase, Mariner East 1, came into service at a time shortly after refineries had closed or gone to crude by rail and helped balance some of the losses we saw in the number of ships in the port.

“What I am really excited about are the long-term opportunities that come with the continued build out of the Marcus Hook Industrial Complex. As they continue to expand, we will see more opportunities in both the import and export markets along the Delaware. “

The MHIC – which Energy Transfer revitalized through nearly nine million manhours, involving more than 5,000 individual workers – ships approximately 70,000 barrels a day of propane and ethane for distribution to local, regional, and international markets.

“The Delaware River is unique compared to other large ports in the U.S. because it is not encumbered by shutdowns due to fog or hurricanes, it has great access to infrastructure such as rail and highway, and the best part of all, is its proximity to the largest shale reserve in the U.S. with Marcellus,” said Michael Nesbitt, director of Marine Ops for Energy Transfer. “It is the Atlantic hub for shipping ethane to Asian markets for plastic production and to Europe for plastics and fuel. Shipping from here allows shorter routes to European markets, and only a little over 300 miles’ difference to the Panama Canal than the Gulf ports for Asian markets. With the river being deepened to 45 feet, it is poised for tremendous growth as a container port with no limits to the size of vessels it can support.”