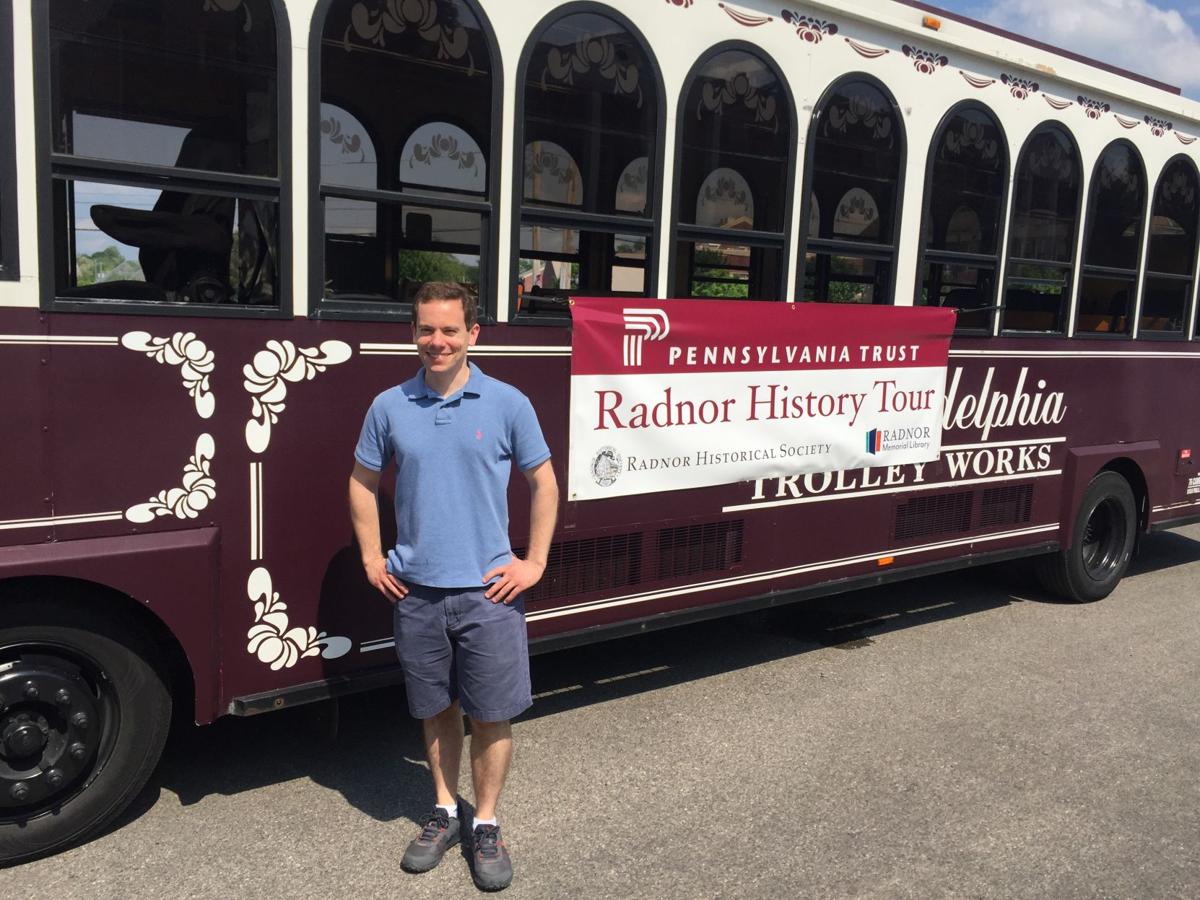 Lucky residents were transported back in time May 19 aboard a trolley historical tour of Radnor Township, writes Linda Stein for mainlinemedianews.com.

The trolley visited the neighborhoods of Wayne and Garrett Hill, out to the countryside near Ardrossan.

Radnor was settled by Welsh Quakers in 1683, from an area of Wales called Radnorshire.

“A lot of these big estates were broken up by roads and railroads over the years,” Prichard said.

Garrett Hill was home to Emlen Tunnell, the first African American player to be inducted into the National Football League Hall of Fame.

One of the largest estates was Harford, designed by Frank Furness and Allen Evans, one of Philadelphia’s most famous architectural firms.

The Morris’, a prominent Villanova family on County Line Road, was the only family to have their own railroad station on the Pennsylvania Railroad.

Prichard also pointed out Ardrossan Farm, Radnor’s most famous estate for its connection to “The Philadelphia Story.”

For more on Radnor Township history go to: http://radnorhistory.org.