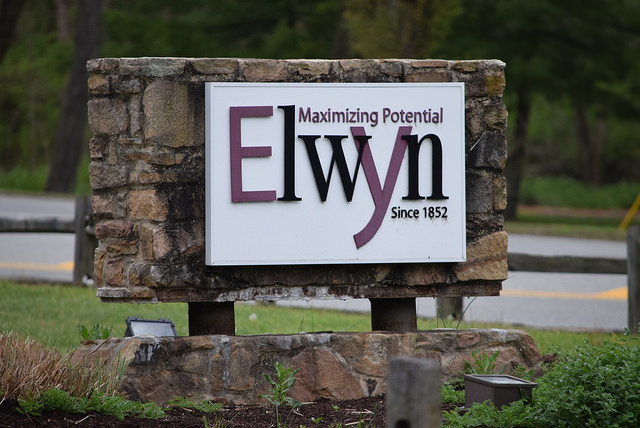 ls were it not for the services of Elwyn.

For 167 years, Elwyn, with roots deep in Delaware County, has been pursuing its mission to provide “distinctive, meaningful lives” for individuals with diverse challenges.

Now Elwyn is taking its mission to the future as it meets changing times.

Using a five-year strategic plan, Elwyn is shifting its focus from residential campuses to more schooling, services and programs for special needs individuals now living in the community.

The Media campus was once home for 2,000 adults. Today, there are less than 200, according to Charles S. McLister, Elwyn’s president and CEO, speaking at a February meeting of Middletown Council.

Elwyn is adjusting to the shift of residents from campus to community by reducing its campus size and preserving open space. It’s also modernizing the campus as it develops more programs and services.

A new administrative center will open in Camden, N.J., thanks to $39.6 million in tax credits Elwyn will receive in exchange for a 34-year commitment to the New Jersey city.

The new center will focus on human resources, technology, innovation and fundraising.

The Delaware County headquarters on the Media campus will remain the center of the organization. Staff and services in Delaware County are expected to increase during the transition.

Elwyn was founded in 1852, by Delaware County physician Alfred L. Elwyn, who wanted an alternative for children and adults with intellectual difficulties. In those days, they were outcast from families, living on the street or in prison.

He opened a Germantown school in 1852 for 26 children.  From that humble beginning, Elwyn has grown into a “diverse, multi-state human services organization serving individuals with a wide range of intellectual, physical, behavioral and developmental disabilities,” according to its website.

Elwyn is raising the base wage of its direct support employees to at least $15 an hour, starting July 1, affecting 1,500 employees nationwide.

“Elwyn has always set the tempo for change in our industry,” McLister said. “With the launch of this initiative, we have declared that employee engagement is the most important variable in our pursuit of excellence. The professionals who support Elwyn’s children and adults are the heart and soul of the organization.”