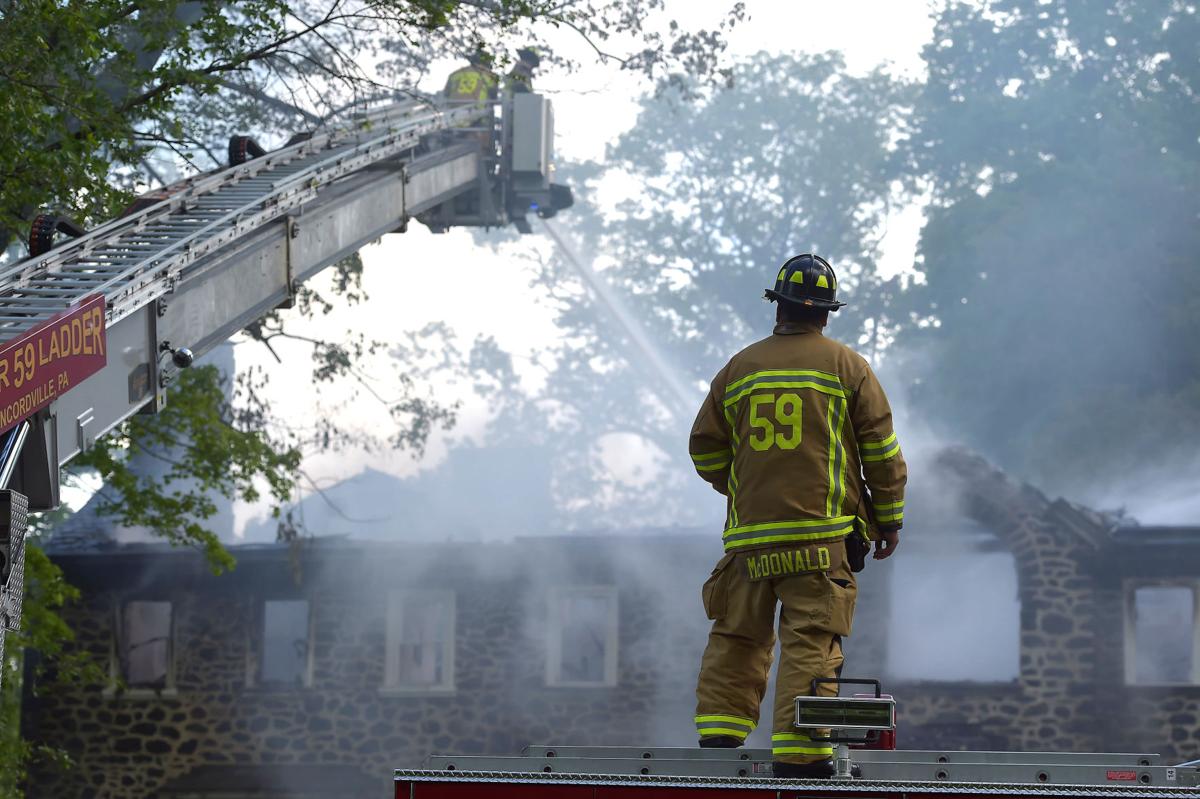 A 100-year-old dorm building at the closed Sleighton Farm School near the corner of Valley and Forge roads in Edgmont went up in flames Monday morning, May 6, writes Pete Bannan for the Daily Times.

Most of the buildings were built in 1909 and are considered historic.

Nobody was injured in the fire which was reported at 7:30 a.m. Firefighters arrived to find the roof and second floor of the ‘L’ building ablaze and began a defensive attack on the fire.

Ron Gravina, Edgmont Fire Company officer in charge, said the fire was burning from one end to another when crews arrived.

Middletown Council Chairman Mark Kirchgasser, who is also a firefighter, believes the fire began  at 3 or 4 a.m. The cause of the fire is under investigation.

Kirchgasser said the property straddles Middletown and Edgmont, but the building that burned was in Edgmont.

The property had been vacant for many years. There have been two other serious fires in the past 10 years, in 2012 and 2014, that destroyed other buildings.

Middletown and Edgmont have been in negotiations with Elwyn Institute, which now owns the property, over its development.