Six Games to Help You Bring Back Game Night 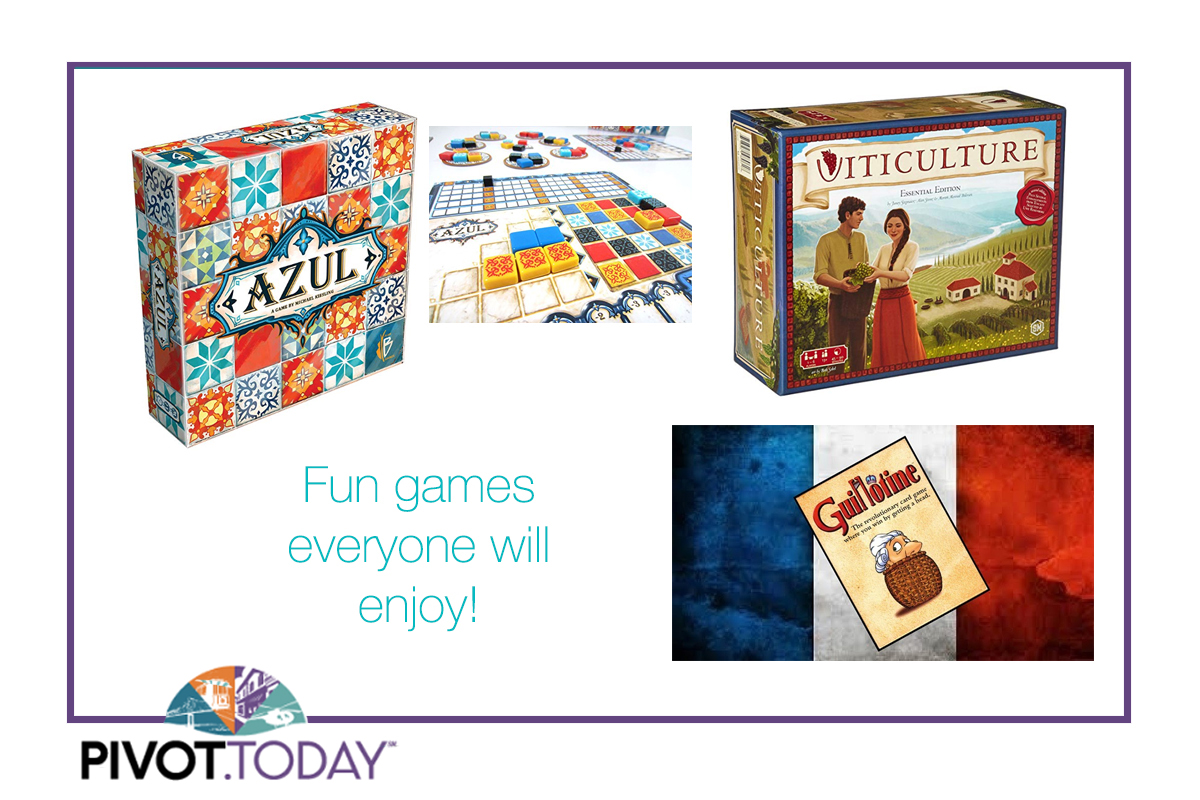 If you’re like me, you have (mostly) pleasant memories of spending the mid-’90s huddled around a board game in the kitchen, plotting against family members and friends, assured of your Napoleon-level strategic abilities. Now is the perfect opportunity to relive some of those memories and create new ones — at least until it warms up outside. Here are some award-winning games brought to you by the recent tabletop renaissance that began in the last decade with Settlers of Catan. May the odds be forever in your favor!

1 – Viticulture (1-6 players) — In Viticulture, you find yourself in rustic, pre-modern Tuscany, where you’ve inherited a meager vineyard. Your job is to allocate your workers and help visitors to complete various tasks throughout the year. Using those workers and visitors, you can expand your vineyard by building structures, planting vines, and filling wine orders as you work toward the goal of owning the most successful winery in Tuscany.

2 – Secret Hitler (5-10 players) — Secret Hitler is a dramatic game of political intrigue and betrayal set in 1930s Germany. Players are secretly divided into two teams: liberals and fascists. Known only to each other, the fascists coordinate to sow distrust and install their cold-blooded leader. The liberals must find and stop the Secret Hitler before it’s too late.

Each round, players elect a President and a Chancellor who will work together to enact a law from a random deck. If the government passes a fascist law, players must try to figure out if they were betrayed or simply unlucky. Secret Hitler also features government powers that come into play as fascism advances. The fascists will use those powers to create chaos unless liberals can pull the nation back from the brink of war.

3 – Terraforming Mars (1-5 players) — In the 2400s, mankind begins to terraform the planet Mars. Giant corporations, sponsored by the World Government on Earth, initiate huge projects to raise the temperature, the oxygen level, and the ocean coverage until the environment is habitable. In Terraforming Mars, you play one of those corporations and work together in the terraforming process, but compete in doing the best work, with victory points awarded not only for your contribution to the terraforming but also for advancing human infrastructure throughout the solar systems.

4 – Azul (2-4 artisans) — Azul captures the beautiful aesthetics of Moorish art in a contemporary board game. Players compete as artisans decorating the walls of the royal Palace of Dvora. By carefully drafting the correct Quantity and style of tiles, the most clever of artisans plan ahead to maximize the beauty of their work (not to mention their scores!) while ensuring they wasted no supplies in the process.

5 – Guillotine (2-5 players) — This irreverent and humorous card game takes place during the French Revolution. Players represent rival guillotine operators vying for the best collection of noble heads over three rounds. Each round, 12 nobles are lined up for the guillotine. The nobles are worth varying points depending on their notoriety. During your turn, you play action cards to change the order of the line so you can collect the best nobles. The platter with the most points at the end of the game wins. Will you be skillful enough to bribe the guards to collect Marie Antoinette? Or will you lose points for beheading the Hero of the People? Heads are going to roll.

6 – World’s Fair 1893 (2-4 players) — The World’s Fair of 1893 in Chicago was a spectacular international exhibition that showcased many great achievements in science, technology, culture, and entertainment. Acting as organizers of the fair, players work diligently to increase their influence throughout the fair and obtain the grand exhibits that will be put on display. The organizer who has earned the best reputation when the fair begins will emerge the victor.

As a participant in the Amazon Services LLC Associates Program, an affiliate advertising program designed to provide a mean for sites to earn advertising fees by advertising and linking to amazon.com, Pivot.Today may use affiliate marketing links and receive a commission based upon sales made from them.