Home Archive FROM CHESCO: What Are the Odds That This Baby Was Born on This Day at This Hospital?

FROM CHESCO: What Are the Odds That This Baby Was Born on This Day at This Hospital? 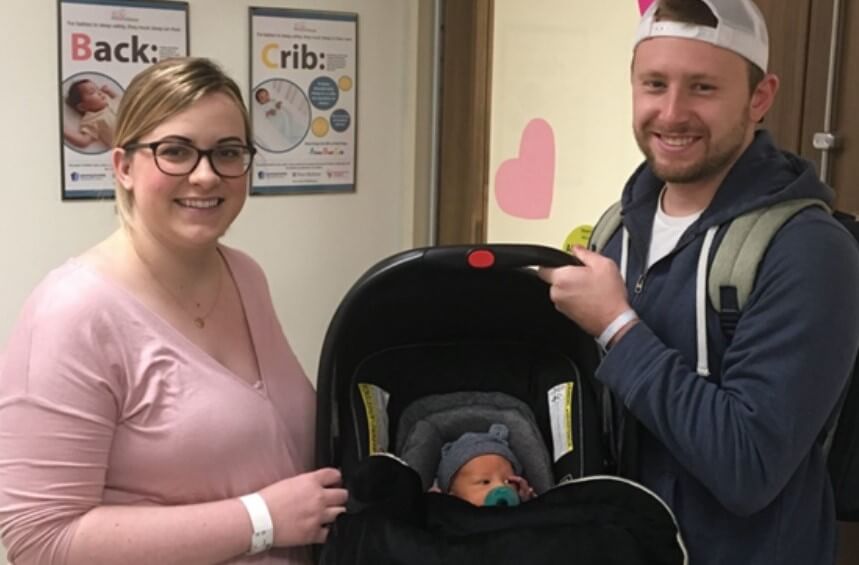 Image of Lauren and Dave Peirce with their newborn son via NBC Philadelphia.

Oxford residents Lauren and Dave Peirce will never have to worry about forgetting their son’s birthday, or vice versa, writes Dan Farrell for NBC Philadelphia.

Both Lauren and Dave were born on Feb. 6, 1989 at Chester County Hospital. Decades later, they welcomed a son on the same day at the same hospital.

The Peirces already made the news in October when they asked former Philadelphia Eagles kicker David Akers to help with their gender reveal at XFINITY Live! The new father was a big Akers fan, and during an autograph signing, he gave the kicker a handwritten letter with his gender reveal proposition.

“He humbly agreed to help us out and even wished us blessings after the baby was born,” said Dave.

The boy was originally due on Feb. 18, but medical concerns prompted an emergency C-section.

“Our little man was the best birthday present ever,” said Dave.

Read more about the happy family from NBC Philadelphia here.