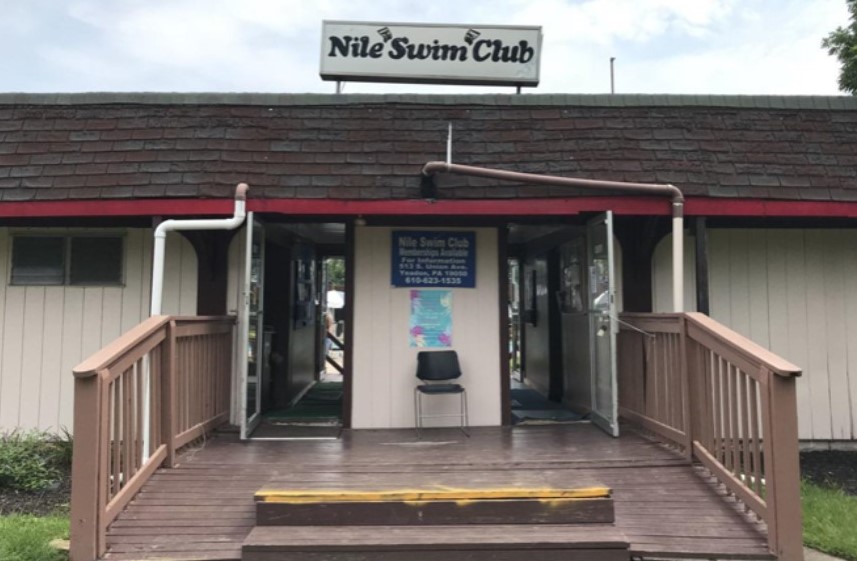 Image of the Nile Swim Club via The Philadelphia Tribune.

Mike Pearson and Sam Patterson, two local businessmen who grew up in near the historic Nile Swim Club, are helping to save the Yeadon landmark by pledging a donation of $130,000, writes Ryanne Persinger for The Philadelphia Tribune.

The Nile opened in 1959 and was the first swim club in the nation owned and operated by an African-American. The nonprofit has been plagued by financial troubles for the last decade, and twice filed for bankruptcy.

The donation will allow the club to pay off its back taxes and improve its facilities. Also, the club can develop a long-term financial plan to secure its future.

“It was iconic to me, as well as others growing up, because it was the first to be a black-owned anything,” said Pearson, the president and CEO of Union Packaging. “It was the epicenter for a lot of the socializing for the folks in our neighborhood.”

Pearson and Patterson, the chairman and CEO of TreCom Systems Group who got his first job at the swim club, joined forces to help ensure it has a vibrant and healthy future.

Read more about the donation to the Nile Swim Club in The Philadelphia Tribune by clicking here.