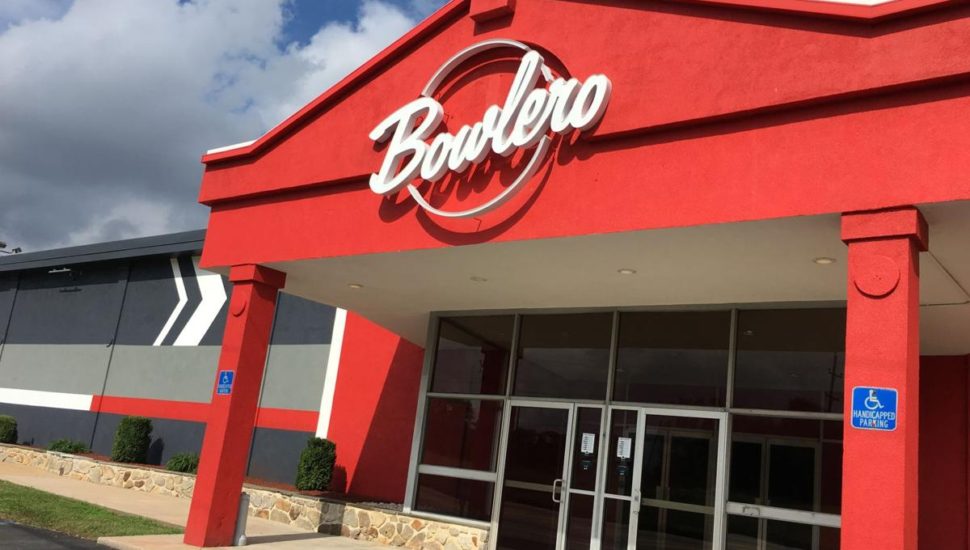 “We can’t wait for the community to come in and see our new place,” said general manager Mark Phillipine.

A world leader in bowling entertainment, Bowlero has been working on the renovations for the last year. The location, its second in Pennsylvania, underwent an open conversion, which made it available to the public and leagues during the renovations.

The 23,000-square-foot venue features 32 lanes of blacklight bowling, soft lounge seating, and high-definition video walls. It also includes an interactive arcade with 17 games, including the World’s Largest Pac-Man, along with darts and billiards.

The new venue accommodates everyone from individuals and families to leagues and special events. Each weekday has special deals, including half-price arcade game Wednesdays and after hours Fridays.

“The Bowlero brand is a fresh, interactive, and modern spin to the traditional bowling,” said Bowlero District Manager Michael Britt.

Read more about Bowlero Boothwyn in the Daily Times by clicking here.

TourismLongwood Gardens Plans Its Most Ambitious Makeover Ever … to the Tune of $250 MillionFebruary 23, 2021