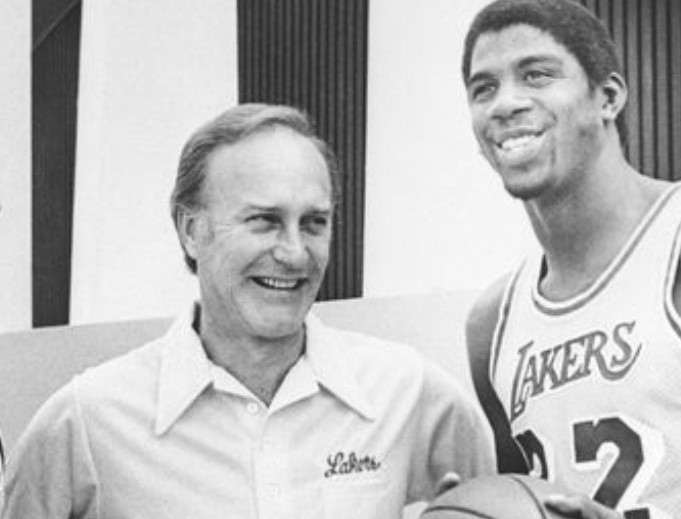 Image of Jack McKinney and Magic Johnson via the Indianapolis Star.

Former NBA coach Jack McKinney, a native of Chester who graduated from St. James High School and Saint Joseph’s University, has died at the age of 83, according to a report from ESPN.com.

In the 1979-80 season, just 14 games into his tenure as coach of the Los Angeles Lakers, when Magic Johnson was a rookie, McKinney suffered a near fatal head injury while bicycling. The injury almost derailed his career, as the length of his recovery forced the Lakers to replace him.

McKinney, who previously coached at both his scholastic and college alma maters, continued to suffer memory loss and other neurological issues throughout his life.

However, he recovered enough to land with the Indiana Pacers, one of three teams he coached in the NBA. He was named the NBA Coach of the Year in 1980-81 after leading the Pacers to the playoffs for the first time since the ABA-NBA merger.

Click here to read more about Jack McKinney from ESPN.com.