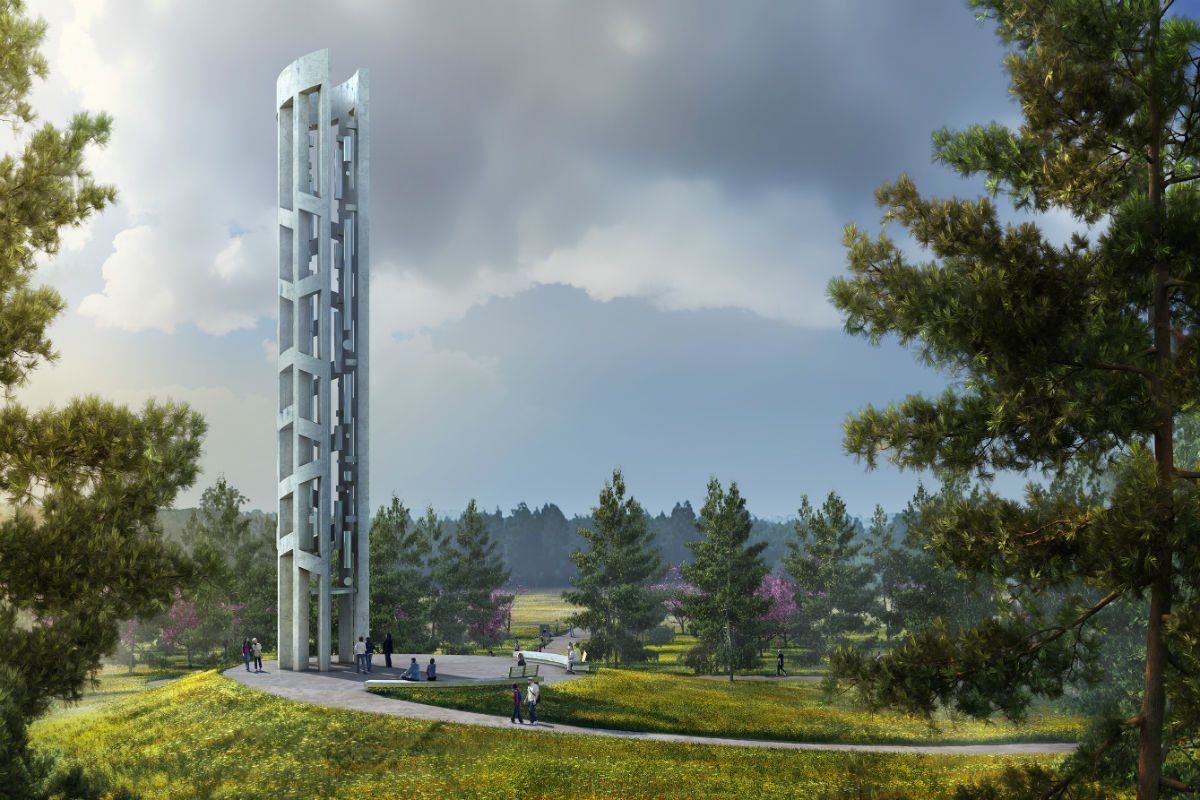 Paul Murdoch, an architect and graduate of Marple Newtown High School, found inspiration for the Tower of Voices memorial in his local upbringing, writes Tommy Rowan for the Philadelphia Inquirer.

“Before I was interested in architecture, I had an appreciation for the landscapes in Pennsylvania,” he said. This translated “directly to the memorial of Flight 93.”

The tower in western Pennsylvania cost $6 million to build and is the focal point of the memorial commemorating the heroes of United Flight 93. Murdoch, who spent most of his professional life in California, was eager to take on the project because it meant so much to people.

His goal with the Tower of Voices was to capture the voices of the passengers who were desperately trying to reach their loved ones after hijackers took control of the plane. He was especially impressed by Todd Beamer, who issued the rallying cry – “Let’s roll!” – before the passengers rushed the terrorists and foiled their plans.

That inspired Murdoch to make his tower a memorial of sound, with each chime having a unique sound representing a passenger.

Read more about the Tower of Voices in the Philadelphia Inquirer by clicking here.