Staff at Talen Energy Stadium in Chester Busier Than Usual 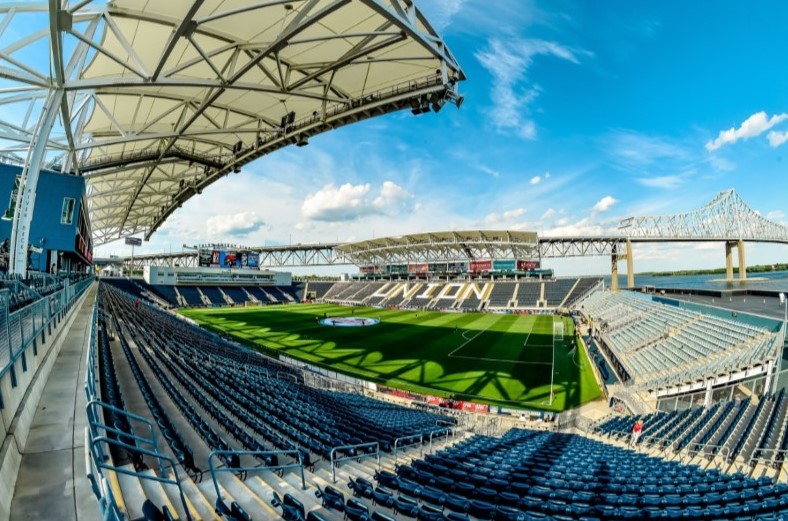 Image of Subaru Park, the former Talen Energy Stadium, via the Philadelphia Union.

The staff at Talen Energy Stadium in Chester has been busier than usual with soccer matches and other sporting events in recent weeks, writes Joe Tansey for Pro Soccer USA.

On Memorial Day, it hosted the U.S. Men’s National Soccer Team in its friendly against Bolivia. That was followed by four Philadelphia Union games in 12 days. After that, the stadium hosted the national championship for college rugby.

“I would say in my eight years I’ve been here, it’s one of the top-three busiest stretches we’ve had,” groundskeeper John Torres said. “The U.S. Men’s National Team, obviously, we like to accommodate to the best of our abilities as far as field and facility. Spectra Venue Management, who I work for, worked tirelessly as a whole group and organization to get the facility ready.”

Torres said he and his crew are used to dealing with soccer matches, one after the other. The addition of the rugby tournament, however, complicated matters, especially with rugby also taking over the two practice fields at the Power Training Complex next to the stadium.

“When we were changing over to different sports, like rugby, we have a total field conversion we have to do, not only in the stadium, but on the practice fields,” Torres said.