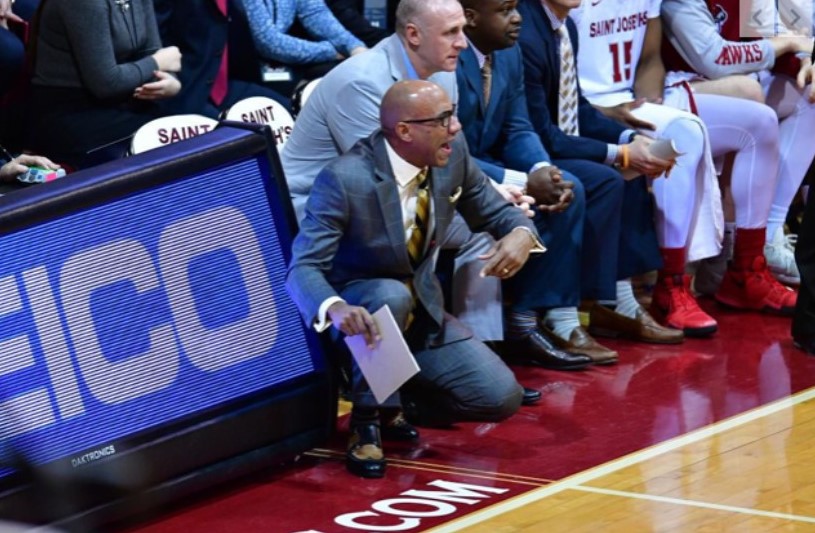 Geoff Arnold has been an assistant men's basketball coach at Saint Joseph's for the last 10 years.

Sharon Hill native Geoff Arnold and his older brother, the late Chris Arnold – both star athletes at Darby Township High School – will be inducted into the Delaware County Chapter of the Pennsylvania Sports Hall of Fame, writes Donald Hunt for The Philadelphia Tribune.

Geoff, now an assistant basketball coach at Saint Joseph’s University, was a point guard who scored 1,132 points during his scholastic career at Darby Township.

After high school, he played at Saint Joseph’s from 1982-86. As a senior, he guided the Hawks to the Atlantic 10 championship and the second round of the NCAA Tournament. He just finished his 10th season as an assistant on Hawk Hill.

Chris was a star in football, basketball, and track and field at Darby Township. Last year, he was posthumously inducted into the Virginia State University Hall of Fame.

He played football at Virginia State from 1970-1973. He also played briefly in the NFL for the Oakland Raiders and helped the Birmingham Americans win the 1974 World Football League championship.

Read more about the Arnold brothers in The Philadelphia Tribune by clicking here.