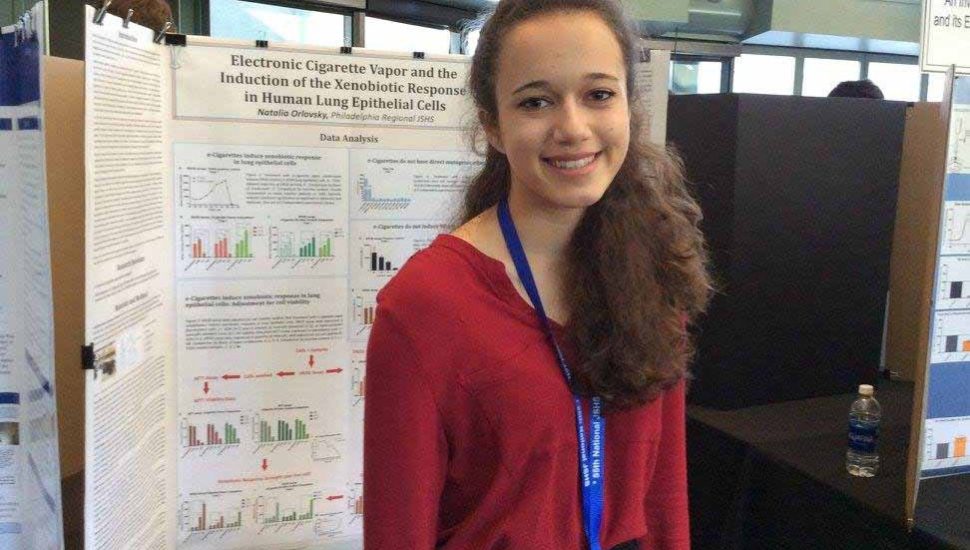 Natalia Orlovsky was having trouble deciding whether she wants to study science at Princeton University or history at University of Oxford once she graduates from Garnet Valley High School, writes Erin Logan for The Washington Post.

The Chadds Ford teen recently displayed an award-winning proficiency in science by taking home $175,000 in the prestigious Regeneron Science Talent Search. Orlovsky secured second place with her research on e-cigarettes that further disproved claims that they are harmless.

But while fascinated with science since childhood, Orlovsky also wants to immerse herself in the humanities. She picked up this dual interest from her mother, who works in STEM and emigrated from Russia in the 1990s. Orlovsky’s youth was spent playing with science kits and riding in the car as her mother listened to history lectures.

“I’ve found having more interdisciplinary interests lets me approach questions in different ways,” said Orlovsky. “Having a background in the humanities can make someone a better scientist.”

Ultimately, she chose Princeton because she’s not willing to give up experimental research. She still plans to study humanities, though, by taking a few courses alongside her science classes.

Read more about Natalia Orlovsky in The Washington Post by clicking here.