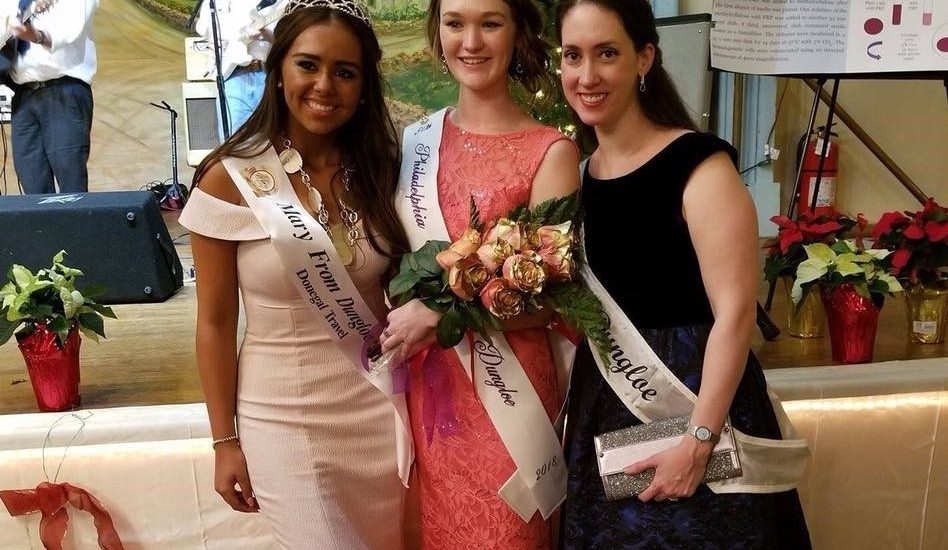 Katrina Terry, a biology major who graduated from Neumann University in May, was recently named Philadelphia Mary from Dungloe at the Philadelphia Donegal Association Ball.

The Philadelphia Mary from Dungloe contest is an Irish heritage competition for unmarried young women between the ages of 18 and 27. Criteria include strong character, connection to the Irish community, and personal accomplishment.

As the Philadelphia winner for 2018, Terry receives an all-expenses-paid trip to Ireland to compete in the International Mary from Dungloe Festival in County Donegal this summer and a $500 scholarship. She was selected from among eight finalists.

Terry won the title on the strength of her talent (her biology research at Neumann) and her involvement with the Philadelphia Hurling and Camogie club. She has competed in hurling tournaments, voted on changes for U.S. Gaelic Athletic Association (USGAA) rules, and is assisting with the USGAA Finals, which will determine Gaelic football and hurling national championships in Malvern over Labor Day weekend in 2018.

“I drew a tube of blood and separated the PRP. I then compared hematopoietic cell growth in cultures containing PRP to cultures without,” she said. “The importance of PRP is that it can be used for patients who have had a traumatic injury (car accident/burns) or even to help with healing time post-surgery.”

A graduate student at Drexel, Terry has Irish roots in Donegal and Antrim through her mother. During her trip to the 10-day festival in Donegal, approximately 15 contestants from around the world will compete for the title of International Mary from Dungloe.

The Mary from Dungloe Festival is one of Ireland’s biggest. It was founded in 1967 and named for a young woman, Mary Gallagher, whose sad love story is told in a traditional song, written by Pádraig Mac Cumhaill, a Donegal stonemason, in 1936.