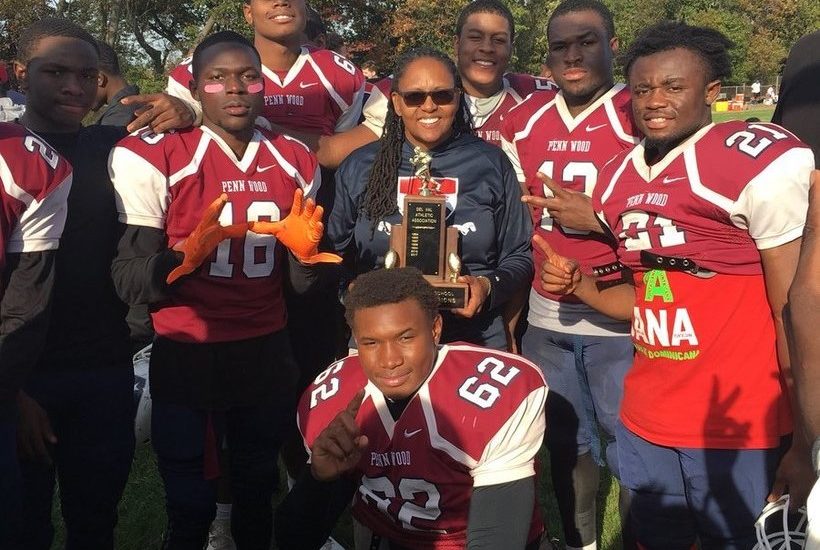 Peterson had joined the Patriots under former head coach Nick Lincoln. As a volunteer coach, she has full access to the team’s coaches, players, and athletic director to ensure that everybody stays true to the team culture.

Also, in her dedication to raising awareness of domestic violence and abuse, Peterson has linked her advocacy work with educating and building the characters of young men through sports.

“I have a standard for the program that Nick and I started, which we’ve continued under Coach Ato Troop’s leadership,” she said. “We’re preparing our boys to be productive citizens in our global society.”

Peterson, whose father tragically killed her mother, firmly believes in intervention and prevention. Drawing motivation partly from her personal experience, Coach V focuses on improving the lives, character, and academic development of her student-athletes.

Her motto is “if one of you becomes a good father, husband, or man of integrity, it’s all worth it.”

Read more about Coach V at The Huffington Post by clicking here.