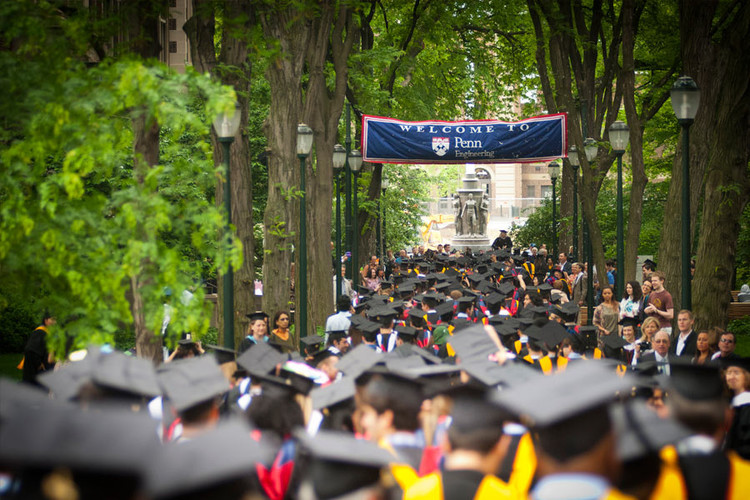 Penn tops all others in the state with a Top 10 in the World University Rankings. Image via Penn.

Graded against the world by four key missions of higher education — teaching, research, knowledge transfer, and international outlook — the University of Pennsylvania topped all institutions in the state and landed a Top 10 position globally.

Penn tied with ETH Zurich for 10th in the World University Rankings 2018 with an overall score of 87.7, according to the Times Higher Education rankings. The private Ivy League university fared best for the extensive influence of its research and the volume, income, and reputation of its research.

Of the hundreds of universities that qualified for the rankings with at least 1,000 research articles over five years, Penn trailed only Oxford, Cambridge, Caltech, Stanford, MIT, Harvard, Princeton, Imperial College London, and the University of Chicago.

Next best in the state was 24th-ranked Carnegie Mellon University at 81.9 overall, though it managed to beat Penn in the research influence category.

Registering just inside the Top 400 were Drexel and Temple universities, both of which scored slightly higher than 40, and the only other Top 1,000 school was Lehigh University, ranked between 501 and 600 with a score of nearly 35.