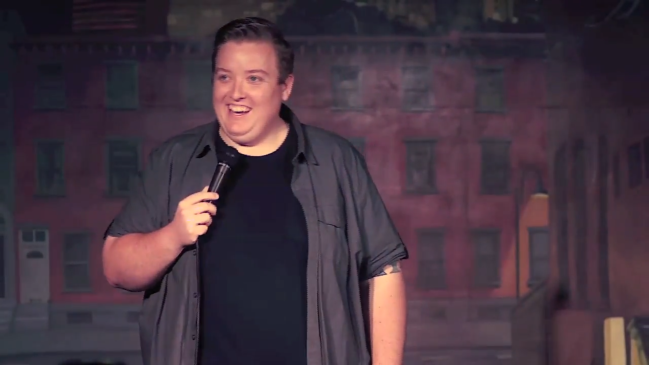 He once merely considered stand-up comedy as a bucket list goal; now Chichester native Jake Mattera is living a dream as a touring comedian.

He’s not laughing in his sleep; rather, Chichester native Jake Mattera is living a dream — albeit a hilarious one.

The Cardinal O’Hara High School alum who once reserved “trying stand-up comedy” for a loosely held bucket list is now touring the nation and headlining an upcoming comedy show, according to a Springfield Press report by Peg DeGrassa.

“It’s always been a dream of mine to do a show at a place that’s sandwiched between Bob’s Furniture and Best Buy,” he joked. “Seriously, though, since we all grew up in the suburbs, my local friends never want to make the trip into the city to see me so they were happy for me to be performing close by in Delco.”

Turned on to comedy writing at Temple University, Mattera quickly landed an internship with television star Conan O’Brien. He then came back to work on WMMR’s “Preston and Steve Show,” then launched his stand-up comedy career, taking it nationwide. Mattera is a perennial finalist in some of the biggest comedy festivals, as well as a comedy show host for Punchline and Helium.

Read more about Jake Mattera’s journey to a life of punchlines in the Springfield Press here.