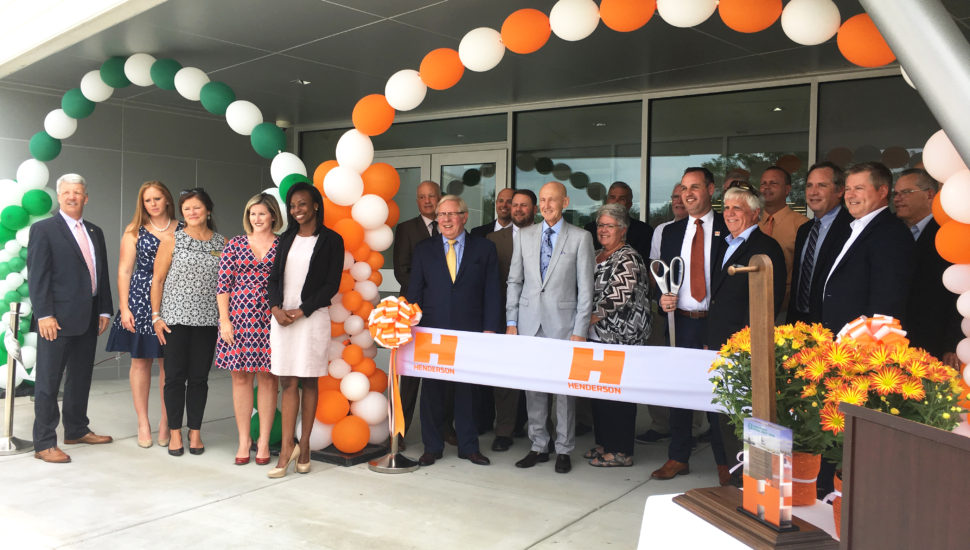 The Henderson Group, one of the leading commercial real estate development companies in Greater Philadelphia, celebrated the completion of its Brandywine 6 office building in Chadds Ford on Wednesday.

“Taking pride in being the largest financial institution headquartered in Delaware County, it was imperative to maintain our corporate office here,” said FMFCU President and CEO John D. Unangst. “The new building features a two-story, glass-enclosed café with a grand staircase that will produce tremendous work flow, communication, and camaraderie among employees.”

Formerly based in Broomall, FMFCU is one of the area’s largest federal credit unions, with more than $1 billion in assets and more than 82,000 credit union members. FMFCU’s move to its new headquarters reflects the company’s planned expansion throughout Greater Philadelphia, as well as the company’s commitment to its roots in Delaware County.

FMFCU has relocated 180 employees to Brandywine 6, but that number is expected to jump to 240 employees by the end of 2022, as estimated by FMFCU’s five-year plan.

Brandywine 6 represents the ground-up development of a 70,932-square-foot, institutional-quality office building in the bucolic Chadds Ford Business Campus owned by Henderson. FMFCU will occupy approximately 51,000 square feet under a 15-year lease term. The completion of the build is part of a larger infrastructure plan in the neighborhood, with Henderson taking steps to move forward with at least the first part of the Hillman Drive extension to complete the loop road.

Henderson’s plans include two additional office buildings adjacent to Brandywine 6 with an unveiling scheduled for next year.

Haverford Deal Could Save Trees at Villanova Property