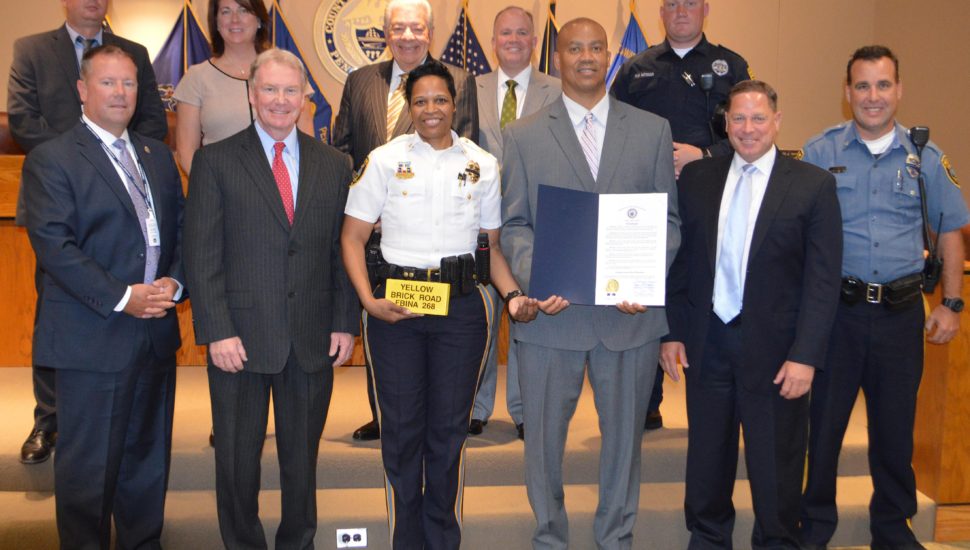 Each year, an elite group of law enforcement officers are selected to train in a rigorous, 10-week program known as the National FBI Academy.

“Delaware County is extremely fortunate to have an exceptional law enforcement community whose members give consistently of their time, talent, and resources to ensure the safety of our families, homes, businesses and communities,” said Councilman Dave White. “Today, we would like to recognize Captain Laura Dixon Hartshorn for her 21 years of dedicated service as a police officer and for blazing the trail for women in law enforcement.”

Based in Quantico, Virginia, the FBI National Academy is a selective program that consists of the top leaders in law enforcement from across the country. Officers take courses on law, behavioral science, law enforcement communication, forensic science, intelligence theory, terrorism, management science, and health and fitness. They are also tested physically.

In order to graduate, officers are required to complete a grueling obstacle course built by U.S. Marines. The fitness class culminates with what is known as the “Yellow Brick Road” — a 6-mile course requiring participants to climb walls, run through water, crawl under barbed wire, and maneuver across a cargo net.

When developing the course, the Marines placed yellow bricks to guide runners along the grueling trail through woods and difficult terrain. Captain Hartshorn was among the 228 graduates of this year’s 268th class, which consisted of men and women from 47 states and 24 nations.

With more than two decades of service in law enforcement, Captain Hartshorn began her career as a patrol officer with Chester Township Police Department in 1996. Over the years, she was promoted to Corporal and then to her current position as Captain of Police in January 2014.

She is a graduate of Wilmington College, where she received her degree in criminal justice. She also has a master’s degree from Saint Joseph’s University.