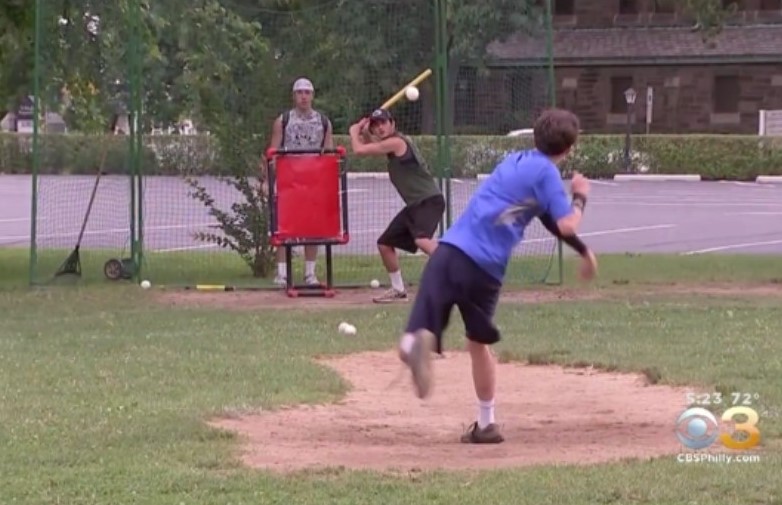 The backyard game of wiffle ball is on a hot streak in Ridley Park, where a wiffle ball league has grown to 10 teams and sent its all-stars to nationals. Screen grab via CBS Philly. 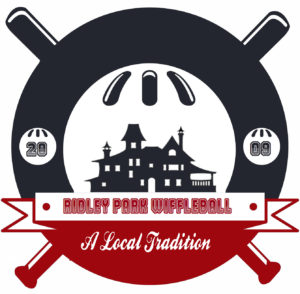 What started as a backyard game amongst friends has become a hit in Ridley Park.

The growing Ridley Park Wiffle Ball League has transformed its home ballpark and recently yielded an all-star team that just qualified for a national tournament, according to a CBS Philly report by Don Bell.

“A lot of people, when they think of wiffle ball, they think of barbecues in your backyard, just playing with your family,” said Commissioner Dylan Harshaw. “But when it gets to the level that we are playing, it gets a lot more difficult.

“The ball breaks a lot more than a baseball. Coming from 46 feet, it’s probably a lot quicker reaction time than a baseball as well. I just think it’s a whole different game.”

Over the course of the past eight years, the lineup of four-person wiffle ball teams has grown to 10, and their passion for the sport has greatly improved their home field.

As a sign of progress, the all-star team just upset regional foes to land a fourth-seed berth to the national championship in Michigan.

“We went in as one of the youngest teams,” Harshaw said. “A lot of the guys are between 25 and 30; they’ve all been playing in the league a few years, and we turned some heads and qualified.”