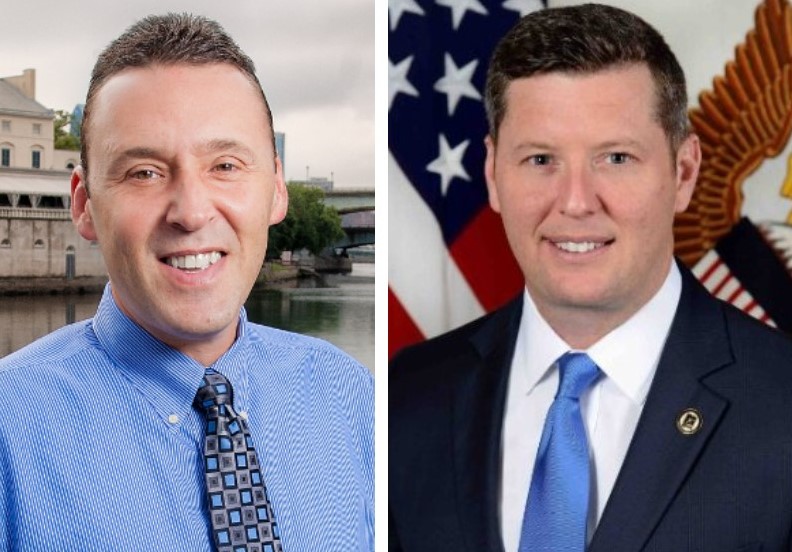 Widener University has announced that two alumni – civil engineer Louis A. Rodriguez Jr. and former Under Secretary of the U.S. Army Patrick Murphy – will take seats on its Board of Trustees beginning July 1.

“I am grateful and honored that these two exceptional alumni have agreed to share their time and expertise with the university in the key role of trustee,” said Widener President Dr. Julie E. Wollman. “Their participation and commitment will add great value, and I very much look forward to working with them to advance Widener University.”

Rodriguez is a 1991 graduate and serves as president and founder of Rodriguez Consulting, a civil engineering firm specializing in large infrastructure projects, as well as geospatial surveying and mapping. The firm is headquartered in the South Kensington section of Philadelphia.

Rodriguez is chair of the Greater Philadelphia Hispanic Chamber of Commerce, and was recently appointed to the Board of Philadelphia Facilities Management Corp., the nonprofit organization managing Philadelphia Gas Works. He was awarded the Business Advocate Award by the Hispanic Leadership Association of New Jersey in 2015.

Murphy is a 1999 graduate of Widener University Commonwealth Law School in Harrisburg. He served in the U.S. House of Representatives for Pennsylvania from 2007-11 and as Under Secretary of the U.S. Army from December 2015 through the end of the Obama Administration, including a five-month stint as Acting Secretary.

He formerly taught at the U.S. Military Academy at West Point and served on its Board of Visitors after an appointment by President Obama. He volunteered for deployment after 9/11 and served in Bosnia in 2002, and in Baghdad during the Iraq War, where he was a captain in the 82nd Airborne Division. He currently serves as CEO of Taking the Hill, a television and media production company focused on military and veteran television properties that bridge the civilian-military divide.