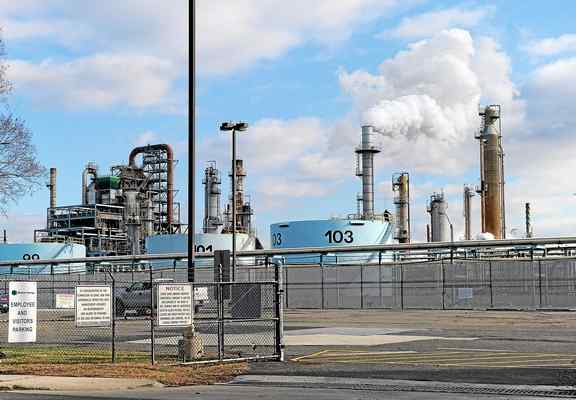 After being sued for breaching its contract with BP to supply oil to its Trainer refinery, Monroe Energy has countersued BP for unauthorized blending. Image via Digital First Media.

An argument over unrefined behavior has spewed out in federal court between the owner of Trainer’s oil refinery and energy giant BP.

In April, BP sued Monroe Energy for breaking off a three-year oil supply contract early, and last week, the Delta Air Lines subsidiary countersued BP for allegedly blending in unacceptable Texas-based crude oil before delivery, according to a report in The New York Times.

The disagreement hinges on whether the oil from Eagle Ford “met specific (American Petroleum Institute) gravity and vapor pressure requirements” before it was piped to the Monroe Energy refinery in Trainer.

The Monroe Energy-BP contract was started in 2014 and severed a year ago, in June 2016.

“Monroe Energy has breached the contract for delivered crude product in an apparent attempt to avoid paying the agreed-upon price for the crude BP supplies,” the oil producer stated in the article.

Read more about the lawsuits in The New York Times here.