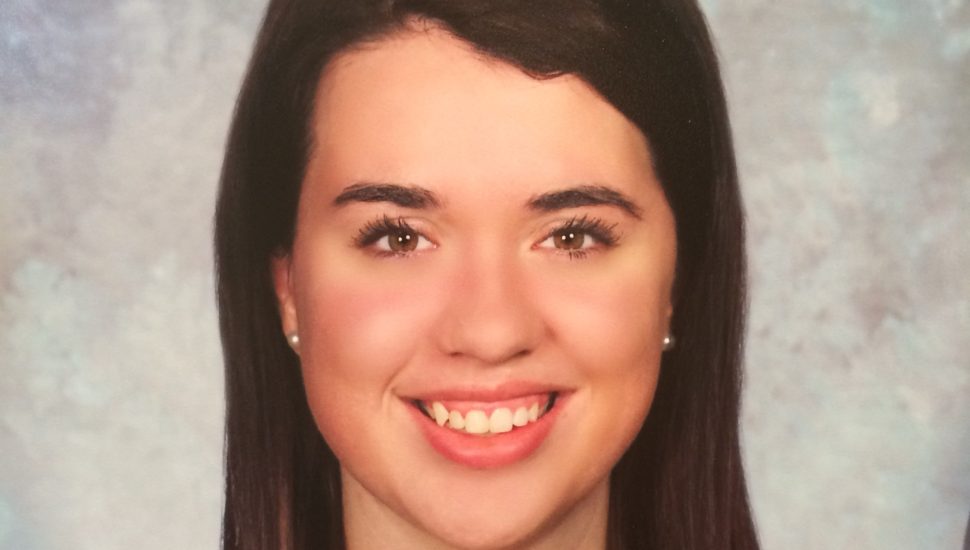 Havertown resident Dana Reigner, a member of Arcadia University’s Class of 2017, will graduate with a Bachelor of Science in Chemistry on May 19, only a short five years after suffering from a traumatic brain injury that left her partially disabled.

In 2012, at the age of 17, Reigner contracted a bacterial infection that spread to her brain. After undergoing two brain surgeries shortly after being admitted to the Children’s Hospital of Philadelphia, Reigner had to delay the start of her college career to the spring of 2013.

Then, in May 2014, Reigner underwent a third surgery.

“I always knew I wanted to do chemistry, but my experience in the hospital reinforced the Pharmacy career path,” said Reigner, a graduate of Villa Maria Academy in Malvern. “As much as possible, my experience at CHOP was enjoyable because of the people there – the therapists, the nurses, even the little children. It really impacted my decision to work in a hospital one day.”

While Reigner’s injury has weakened the right side of her body, she hasn’t let it hold her back in academics or extracurriculars. In the summer of 2015, she interned in an organic chemistry research lab at the University of Delaware, where she discovered the structure of a laboratory-made crystal that will be published later this year.

Reigner is also an active member the American Chemical Society’s student chapter at Arcadia, which was recognized last year by the national ACS organization for its outstanding work in the 2015-16 school year.

After graduation, Reigner will be attending Thomas Jefferson University for Pharmacy. She hopes to one day work in a hospital as a clinical pharmacist.