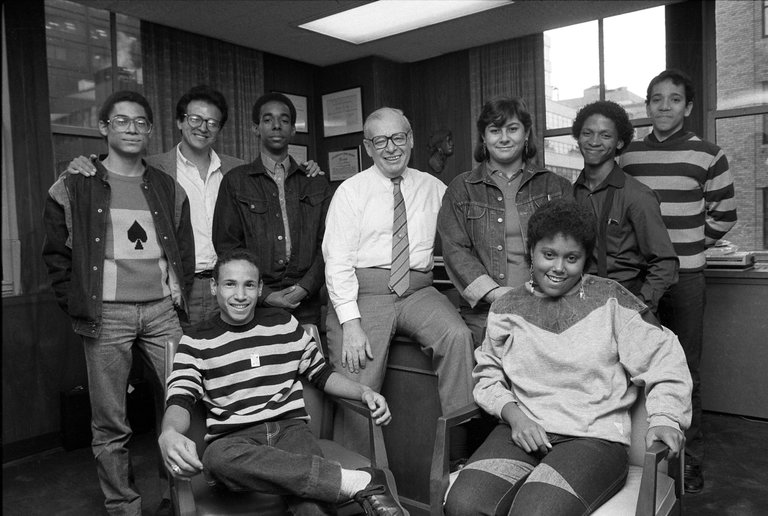 An incredible gesture of generosity by Eugene Lang, center, received national attention, and earned him an invitation to the White House. Image via Chester Higgins Jr., The New York Times.

Swarthmore College graduate Eugene Lang, the investor and well-known philanthropist who once donated $50 million to his alma mater, has died at 98, writes Enid Nemy and Joseph Berger for The New York Times.

Lang entered Swarthmore at 15, majoring in economics, and started a business manufacturing pennants while still in school.

The self-made businessman is best remembered for his spur-of-the-moment decision during his speech to 61 sixth-graders in East Harlem, when he announced he would pay for their college education.

“I looked out at that audience of almost entirely black and Hispanic students, wondering what to say to them,” he said of that day, but “it dawned on me that the commencement banalities I planned were completely irrelevant.”

So he gave $2,000 to each of them for their college tuition, with more funds added for each year they remained in school.

Read more about Lang’s life in The New York Times by clicking here.