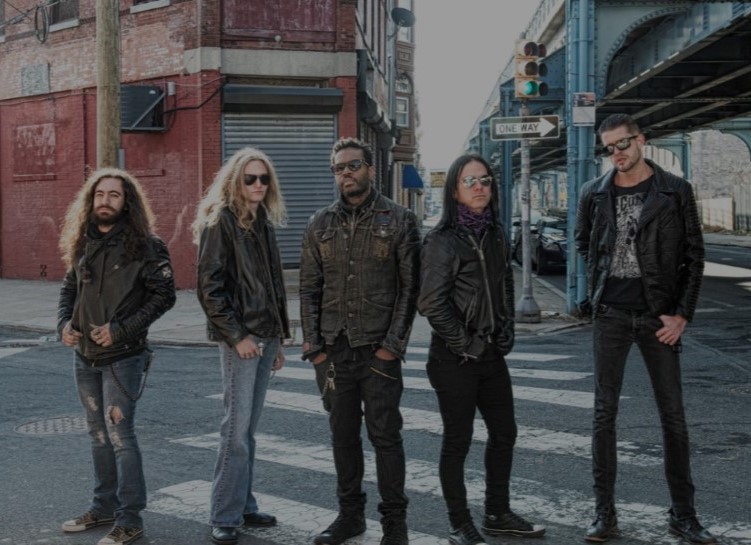 Last Friday night, fans waiting to hear Bon Jovi at the Wells Fargo Center were treated to a bonus performance by Delaware County’s Mach22, who opened the “This House is Not for Sale” tour concert, writes Michael Christopher for the Daily Times.

The band’s guitarists, Ric Haas and Sebastian LaBar, are both from Delco. Music fans will recognize LaBar’s name from the time his father Jeff, a Darby native, spent with bluesy rockers Cinderella in the 1980s and ’90s.

Haas, a Glenolden native and the newest member of the band, had a baptism by fire last summer when his first performance with the band was opening for the newly reunited Guns ’N Roses.

“It’s been amazing!” said Haas. “It’s one of those things that you can’t really explain; you have to be in the situation to really understand what it’s like.”

Mach22 is hoping to continue the momentum it has been building since last year and expose its music to more potential fans. The band is also planning on recording a new album.

“The plan is to keep pumping out new music and to keep booking gigs,” said Haas.

Read more about Mach22 in the Daily Times by clicking here.

Curtis Symphony Orchestra to Perform at Immaculata on January 28