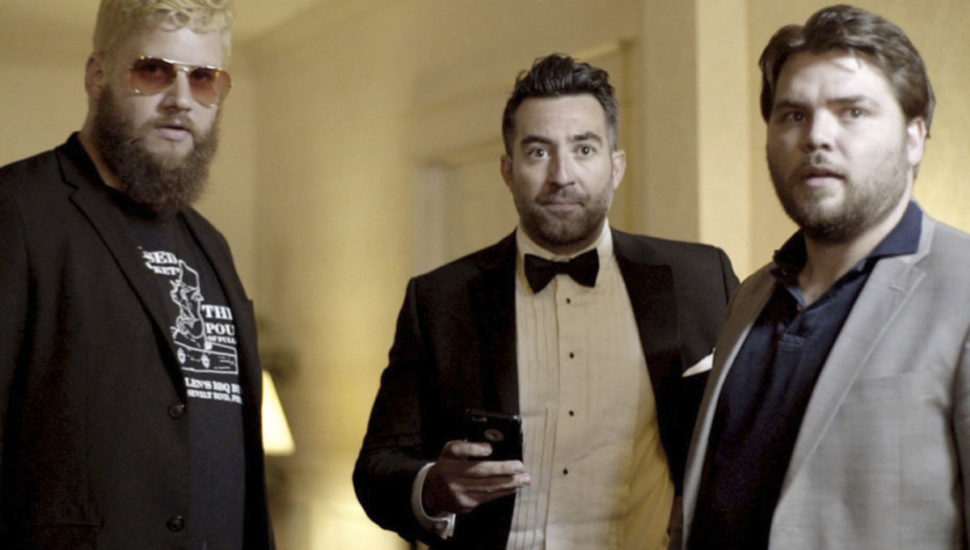 Delco Proper, an aspiring television show, is getting a chance on Comedy Central as a pilot show to be shot locally starting in May. Image via Comedy Central.

A television experiment about three guys from a Delaware County lumberyard “peeking into their 30s without leaving behind the behavior of their 20s” is about to grow up on the screen, too.

Comedy Central has ordered Delco Proper out of its awkward digital adolescence and into a full pilot, according to a Philadelphia Inquirer report by Nick Vadala.

In May, television cameras will begin shooting the Delco Proper script created by and featuring locals John McKeever, Tommy Pope, and Tim Butterly. McKeever and Butterly are Philadelphia natives, while Pope grew up in Drexel Hill and graduated from Monsignor Bonner.

“We think the town we created has such a specific character that we couldn’t shoot it in New York or Los Angeles,” McKeever said. “We’re not expecting a bunch of Delco people to watch it, but we are trying to portray the world we are familiar with.”

Delco Proper got its start with an inaugural digital episode in 2015 and then three more six-minute episodes in early 2016.

It was one of nine pilots ordered by Comedy Central, the best of which will likely become full-blown series on the network.

Read more about Delco Proper and its upcoming Comedy Central pilot in the Philadelphia Inquirer here.