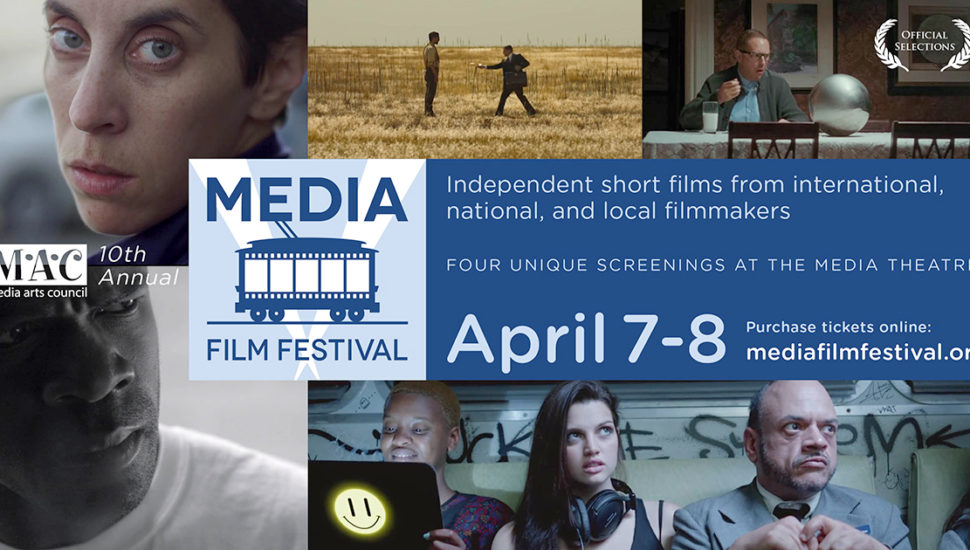 Several outstanding local filmmakers will have their work screened as part of this year’s Media Film Festival to be held from April 7-8 at the historic Media Theatre.

This year marks the 10th Anniversary for the annual event featuring short, independent films. Festival-goers will be able to witness a live script reading from Hollywood actor Jessica Barth and director Micah Hauptman.

More than a dozen of the 41 carefully chosen selections were created by filmmakers from Delco and the greater Delaware Valley.

“This area has such a wealth of talent,” said Festival Chair David Scheivert. “It is exciting to be able to showcase some of the best short films our region has to offer and celebrate our homegrown professional filmmakers.

“When you add to that some very strong offerings produced by the Media Youth Film Initiative, our class for high school filmmakers, you have a film festival not only for the community, but also by the community.”

Among the highlights with local ties:

Three films produced by area high school students as part of the Media Youth Film Initiative will premiere as well. Under the mentorship of professional filmmaker Hezekiah Lewis, Delco teens are taught all aspects of film craft, from conceiving and writing a script, to acting, directing, cinematography, editing, and sound mixing.

Tickets are $12 for one day or $20 for the All-Festival pass. Click here to learn more or buy tickets.