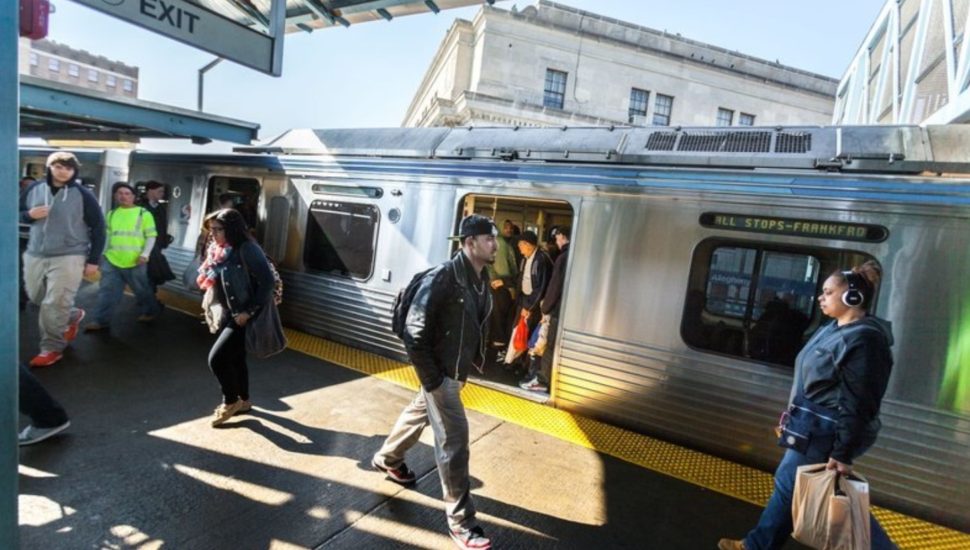 Image of the Market-Frankford Line via SEPTA.

A brighter future for Upper Darby is coming down the tracks.

New analysis of the Philadelphia area’s biggest growth factors now finds the El as an unsung hero, according to a Billy Penn report by Anna Orso, Cassie Owens, and Mark Dent.

“The places that are tied to transit,” said former Deputy Mayor of Economic Development Alan Greenberger, “are going to have an advantage in terms of their desirability.”

The article found that the 69th Street Transportation Center, Upper Darby’s end-of-the-line station for SEPTA’s elevated Market-Frankford Line, has seen its ridership jump 18.7 percent over the past 15 years.

“The creaky, overburdened MFL has as important a place among millennials, immigration, and swanky restaurants as keys to the city’s early 21st-century turnaround,” the report asserted. “Its cars carry more people than they have in decades.”

And experts predict that trend will only continue.

“You find that people are interested in looking for what they can do around these stations, to make them places, to make them real cornerstones of the community,” said Mike Carroll, Deputy Managing Director for Transportation and Infrastructure Systems.

“The last 10 years, I think we’ve started to (focus more on stations), but I think in the next 10 years, you’ll see that really accelerate.”

Read more about the El and its role in Upper Darby’s growth on Billy Penn here.