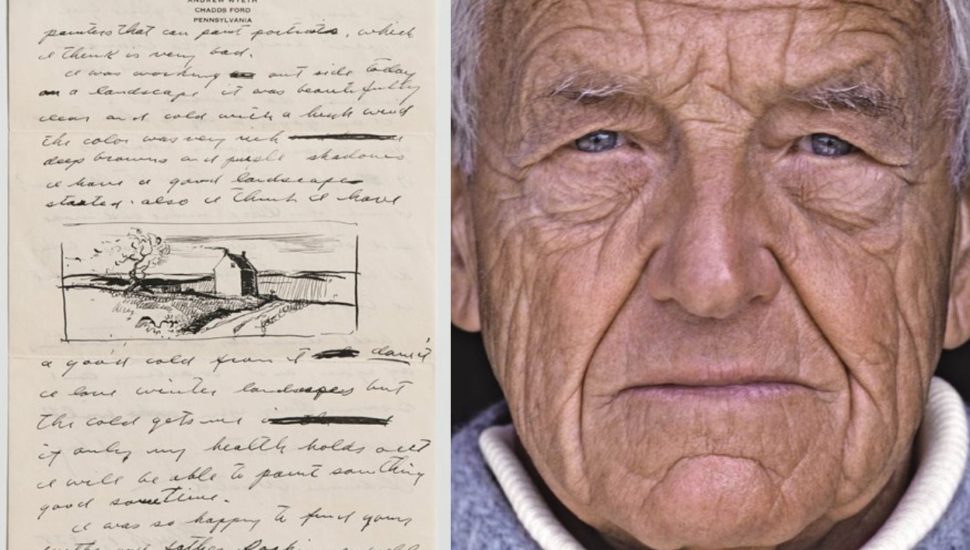 The family of an early girlfriend of Andrew Wyeth has quietly kept 40 of his 1930s-era love letters stowed away beneath a bed.

But this spring, those contents will be opened to the public at a Skinner auction that lines up with the year-long celebrations commemorating 100 years since the famous painter’s birth in Chadds Ford.

“Knowing you I know has brought maturity into my work, and I feel now that I am really on the way to do (sic) big things,” Wyeth wrote to Alice Moore, whom he dated until 1939, according to a report in The New York Times by Eve M. Kahn.

The Wyeth love letters set the record straight on some of the facts of the relationship, and are estimated to be worth around $100,000. They were stored by Moore’s family for decades before being sold in recent years to Marine Arts Gallery in Massachusetts.

Read more about the discovery of Andrew Wyeth’s love letters in The New York Times here.