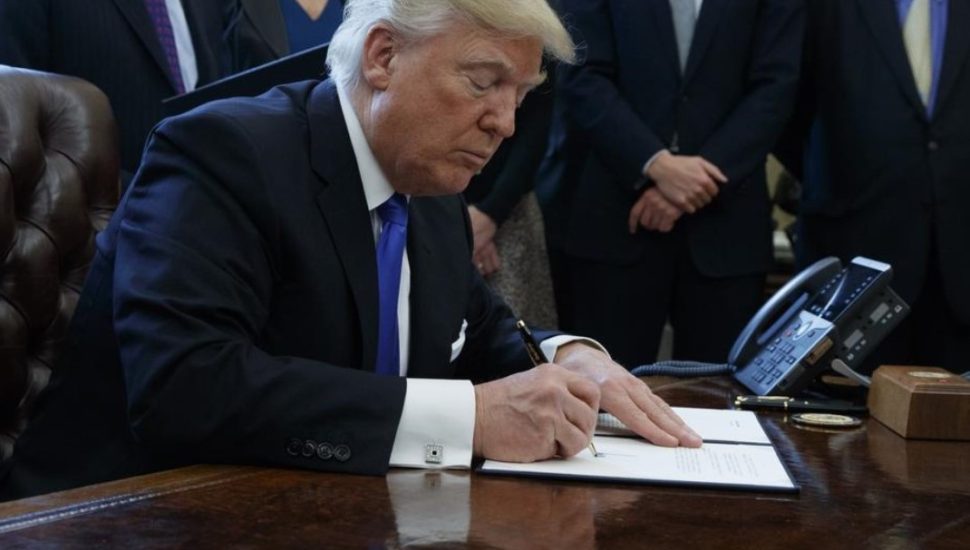 Photo of Donald Trump courtesy of The Associated Press.

President Donald Trump’s immigration ban could have far-reaching consequences for the country’s economy by undermining the reputation of the U.S. as a reliable place to do business, explains Mike Useem and Robert Meyer on a podcast for the Wharton School of the University of Pennsylvania.

He added that, when combined with Trump’s proposal of a 20 percent tariff on Mexico imports and several other free-trade issues, it could make many company executives start to wonder if the U.S. is living up to its business-friendly reputation.

Meyer also emphasized that the country’s image as “the world leader in higher education” is under threat, as the impact “spills over to whether the U.S. will become a tougher place to get a good education.”

He noted that several universities have already expressed their concerns over faculty and students who are from the seven affected countries: Iraq, Iran, Syria, Somalia, Libya, Yemen, and Sudan.

Listen to the entire podcast by clicking here.