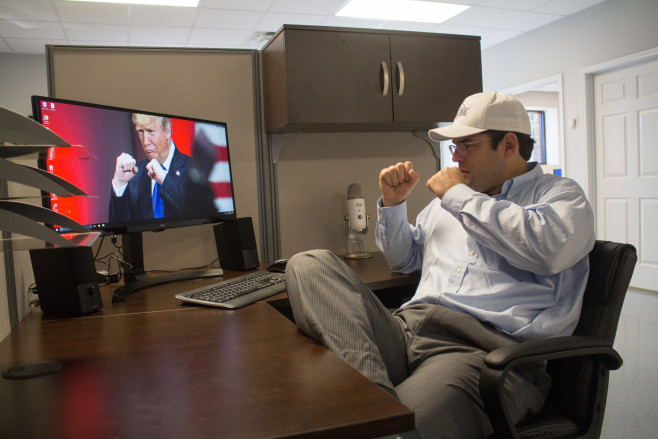 Right Side Broadcasting Network is determined to take advantage of being the new administration’s favorite media outlet, with Rose Valley native Adam Taxin now onboard for the ride, writes Alfred Miller for Politico.

RSBN started last March as a YouTube streaming channel that sent out a cameraman to record every Trump rally that took place across the country. The channel soon gathered millions of views and 244,000 subscribers for its footage of rally audiences that were ignored by other outlets.

The station’s willingness to do Trump’s bidding also gave the new outlet a perfect press spot at rallies, as well as a direct line to the Trump campaign’s social media team. Taxin, who is the son of a local radiologist, is the proud holder of three Ivy League degrees, one from Harvard and a pair from Columbia.

Since the election, the pro-Trump RSBN has been attempting to transform from a small, live-stream operation into a large, diverse digital media outlet that covers the Trump White House. To help with this, the broadcaster opened new offices on Jan. 16 on 2nd Street S.E. in Washington D.C., just one block from the U.S. Capitol.

Read more about RSBN in Politico by clicking here.