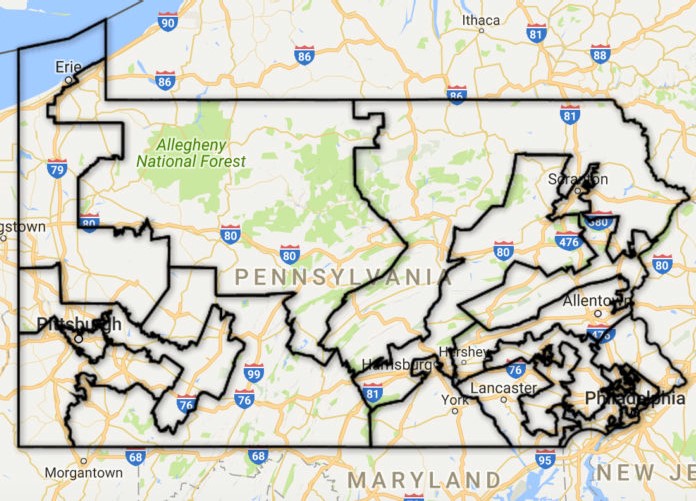 For decades, politicians have redrawn district lines to benefit their party, and that practice — known as gerrymandering — has only gotten worse with the help of technology.

Last week, the Fair Districts PA coalition rallied supporters to the cause of returning fairness to the redistricting process, especially in light of the threat of losing a congressional district in 2020 due to the state’s dwindling population, according to a Billy Penn report by Cassie Owens.

The result is that “some of Pennsylvania’s current congressional districts are notoriously oddly-shaped, like the Seventh District, which encompasses parts of Delaware, Chester, and Montgomery counties — as well as decidedly rural Lancaster County, too. This district has earned the nickname ‘Goofy Kicking Donald Duck,’” the article explained.

Read more about the push for transparency and accountability in redistricting on Billy Penn here.