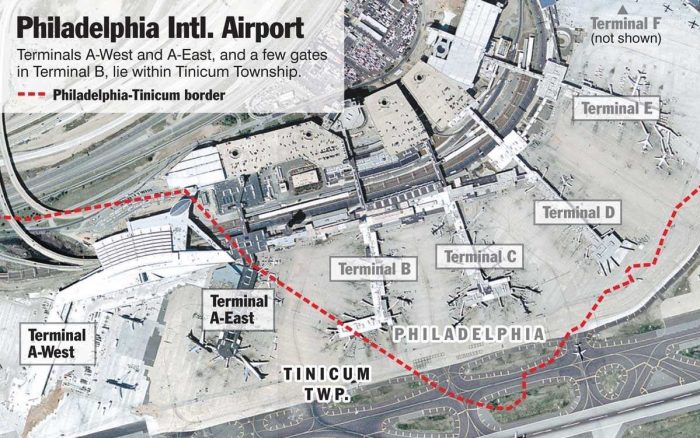 Philadelphia’s new soda tax has landed at the Philadelphia International Airport, but it hasn’t — and maybe won’t — make its way to the southwestern-most terminals.

That’s because Terminals A-West and A-East, as well as the few end gates on Terminal B, lie in Delaware County’s Tinicum Township, according to a Philadelphia Inquirer commentary by Bob Martin.

Terminal A isn’t just a tax-free haven on soda, though. It also offers travelers a break on sales tax, the article explained. The sales tax rate is six percent in Tinicum, while airport patrons in Terminals B through F are charged eight percent.

Read more about the airport’s tax quirk and other oddities across the state in the Philadelphia Inquirer here.