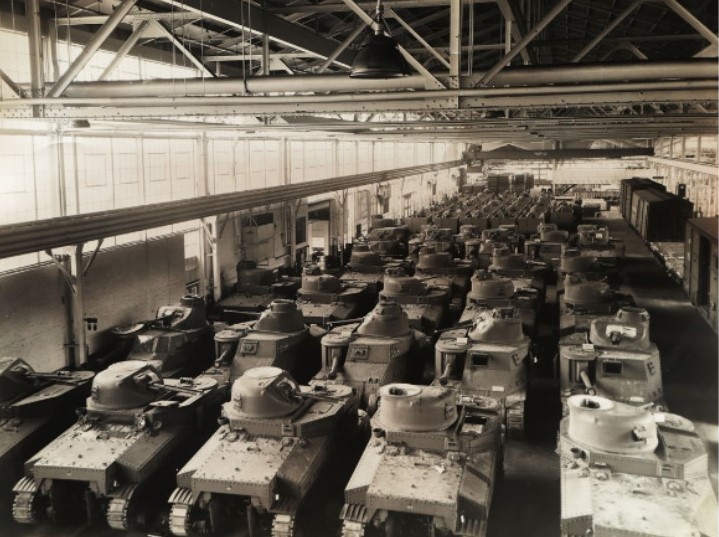 Photo of the Chester Tank Depot during World War II courtesy of the Philadelphia Inquirer.

Well before the afternoon news of Pearl Harbor’s disaster on Dec. 7, 1941 sent Delaware County and the rest of Philadelphia into a frenzy, local residents had already ramped up the war effort.

The Baldwin Locomotive Works in Eddystone and Ford Motor Co. factory in Chester were producing tanks, half-tracks, and jeeps, according to a Philadelphia Inquirer feature by Frank Fitzpatrick. Pearl Harbor, though, ushered in round-the-clock shifts for those who worked at Ford or the Chester shipyard.

“My dad flew back from Texas to mobilize the Ford plant,” Bob Brown, the son of Ford’s factory chief, said. “For him, it meant war mobilization. For me, it meant our trips to the Shore, to Townsend’s Inlet, were over. Our family never went back.”

Many who still remember Pearl Harbor were children or young adults, and many in Delaware County feared potential sabotage because of Philly’s rich manufacturing activity.

“If you think that the Axis powers don’t know that Philadelphia is a vulnerable spot, you’re fooling yourself,” Mayor Bernard Samuel famously said at the time.

Read more about the implications of Pearl Harbor in Delaware County and across Philadelphia in the Philadelphia Inquirer here.