More Young Adults Fleeing to Suburbs Than Away from Them 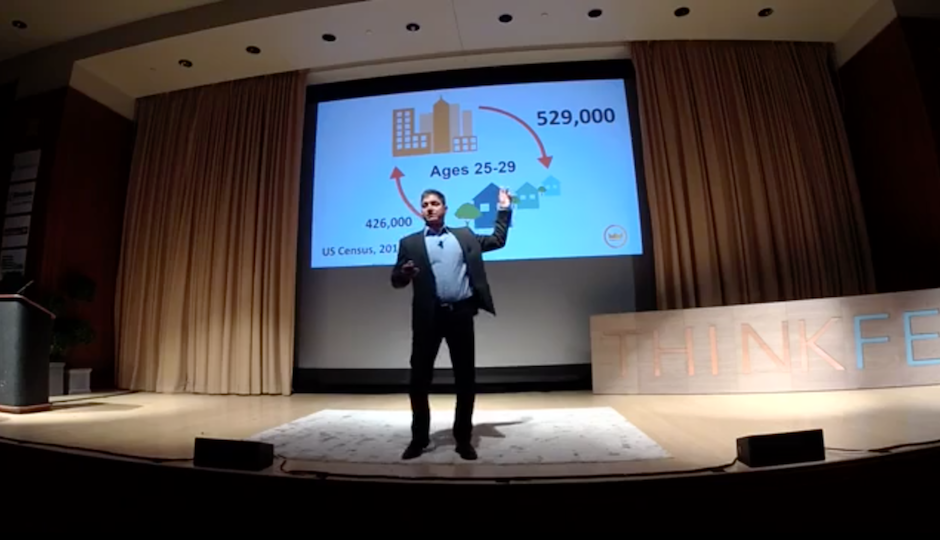 The five key advantages that have turned the tide in favor of the suburbs are public safety, schools, taxes, jobs, and free parking, King of Prussia District Executive Director Eric Goldstein said in Philadelphia magazine coverage of ThinkFest by Sandy Smith.

As long as the suburbs also have the incentives to attract young adults: “stimulating environments and a mix of activities — the city without the city,” the article quoted Goldstein as saying.

And to keep the suburbs looking attractive in the future, Goldstein advocated for collaboration instead of competition.

“Instead of shuffling the deck chairs around, we need to bring companies in from the outside,” he said. “And we need to come up with a regional plan to fund infrastructure, city, and suburbs together. Instead of ‘rail to King of Prussia or rail to the Navy Yard,’ it should be ‘rail to King of Prussia and rail to the Navy Yard.’”

Read more about the suburbs from Goldstein’s perspective in Philadelphia magazine here.