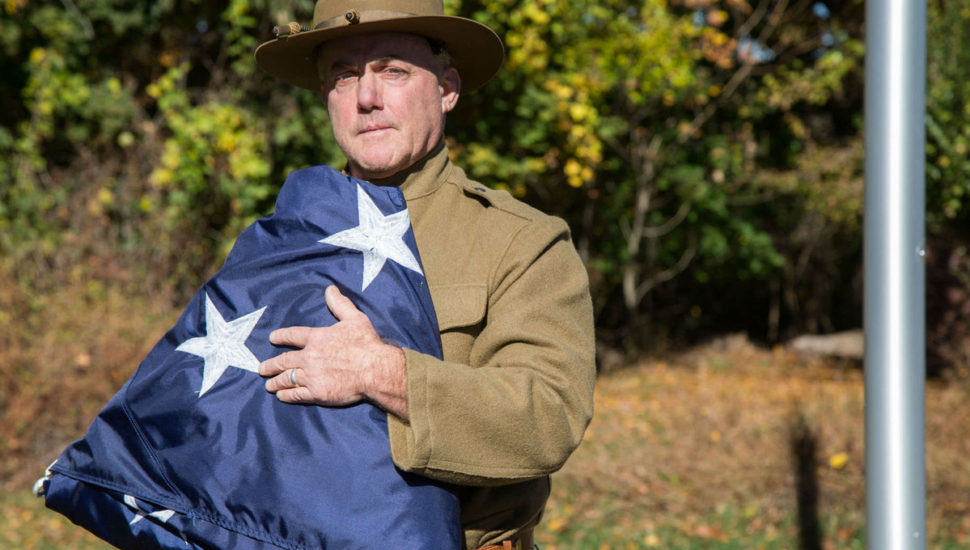 It was a triumphant moment, raising a long-absent American flag on hallowed ground where men and women who had died for their country lay buried, and it came to be on Saturday when a Bryn Mawr man and a Devon nonprofit converged on a Yeadon cemetery plot.

“Here is a site that has veterans who go back to the Revolutionary War,” Eugene Hough said of Mount Moriah Cemetery in a Philadelphia Inquirer report by Kristin Holmes. “I can’t imagine not having Old Glory providing a constant vigil.”

Yet that’s what had happened there for years after flagpoles disappeared alongside the dwindling membership of the Mount Moriah Cemetery Association.

The dedication of a new flag and flagpole last weekend reversed the fate of the neglected cemetery after years of volunteer efforts by Devon’s Saving Hallowed Ground, donations, and government approvals.

“This is about patriotism and respect for our veterans,” Hough, a Bryn Mawr resident, said, “and we need to honor them at all times.”

Read more about the flag-raising ceremony in the Philadelphia Inquirer here.

The Lincoln Center: The Importance of Self-Compassion

The Lincoln Center: Gardening to Remember