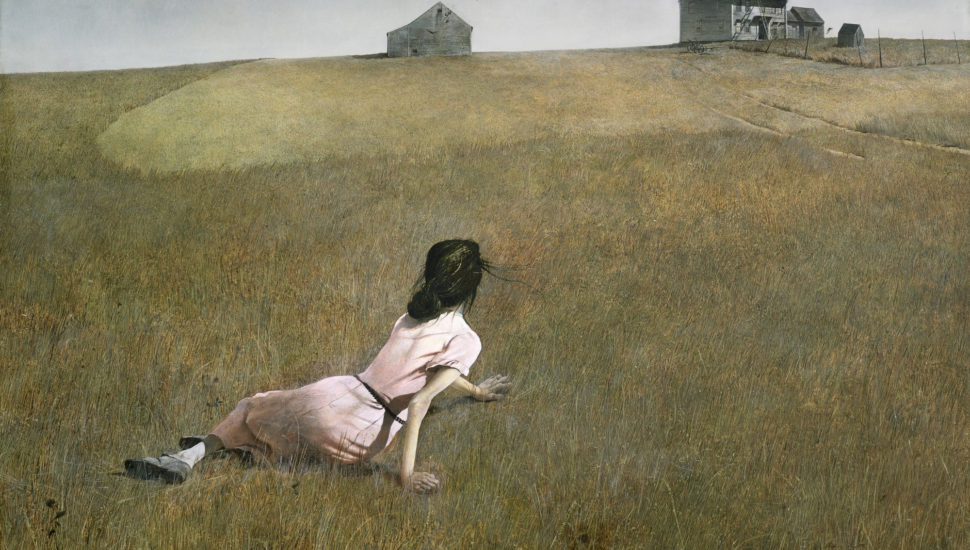 Christina's World is one of 12 paintings of Andrew Wyeth that will be featured on stamps issued by the U.S. Postal Service next year. 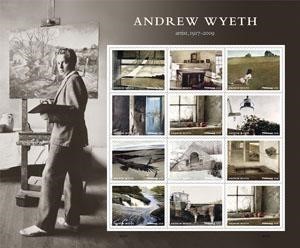 The United States Postal Service has announced that it will issue a pane of stamps in 2017 inspired by the art of Andrew Wyeth to commemorate the centennial of the artist’s birth, according to ArtfixDaily.com.

Wyeth was born and spent his life in Chadds Ford, home of the Brandywine River Museum of Art, which displays work by three generations of the Wyeth family, and offers tours of the artist’s studio.

The official dedication ceremony for the stamps will take place at the Brandywine River Museum of Art on Wednesday, July 12, 2017 at 10 AM, 100 years to the day that Andrew Wyeth was born.

The event is free and open to the public.

The pane of Forever stamps features details of 12 the following Andrew Wyeth paintings:

Derry Noyes served as art director and designer for this stamp sheet.

Andrew Wyeth (1917-2009) lived in Chadds Ford while typically spending each summer and early fall in Maine. In both places, he was inspired by the lives, houses, and personal belongings of the people around him, finding particular interest in the German immigrants on a nearby Chadds Ford farm, painting portraits of them and views in and around their home.

Click here to read more about Andrew Wyeth from ArtfixDaily.com.