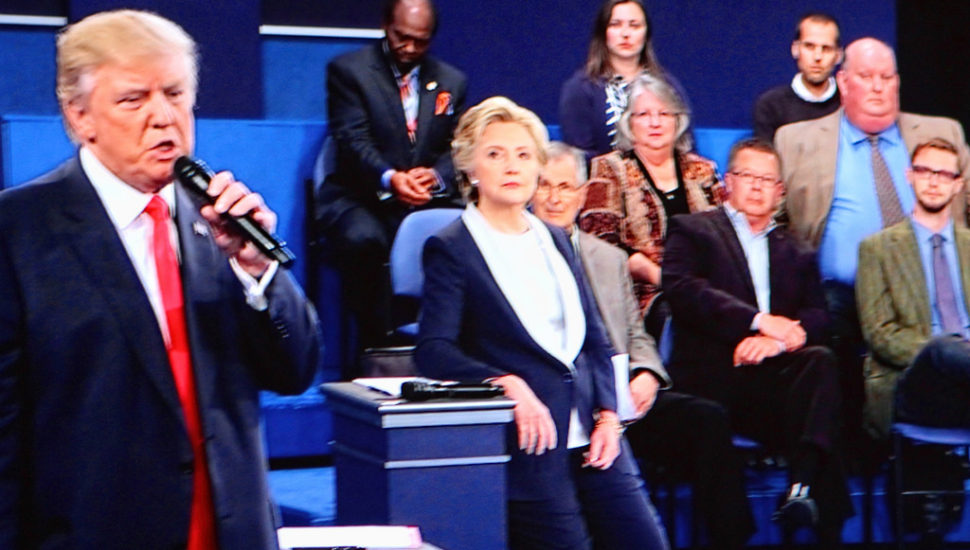 As the presidential election nears its final week, the pressure on Donald Trump to close the gap in several key Philadelphia suburbs is mounting.

His fate in Pennsylvania and possibly the nation rests on a need to “turn in a respectable showing in the vote-rich suburban areas outside Philly,” according to a report in The Washington Post by James Hohmann.

The immense challenge of it is that he’s faced with trying to overcome Hillary Clinton’s “28-point advantage.

“It’s hard to overstate the strategic importance of these four suburban counties (Bucks, Montgomery, Chester, and Delaware), which together account for more than one-fifth of the electorate in the Keystone State,” the article asserted. “It has been 40 years since a presidential candidate carried Pennsylvania without winning the so-called critical ‘suburban collar.’”

Going against Trump is the fact that “the area’s changing demographics have shifted the counties measurably to the left over the past 15 years.”

In his favor: “There is still little love for Clinton.”

Read more about the role Bucks, Montgomery, Chester and Delaware counties are playing in the election in The Washington Post here.