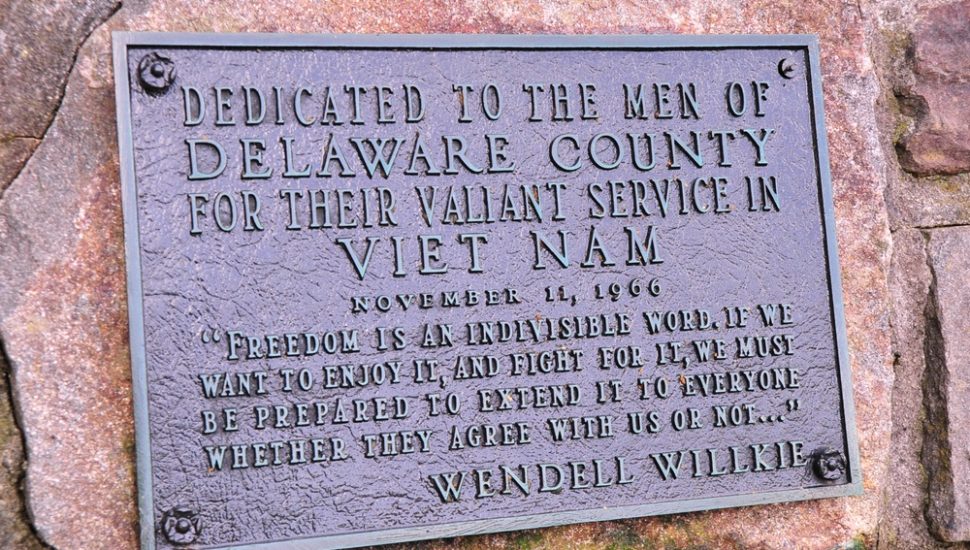 One of the earliest monuments dedicated to those who served in Vietnam is about to be rededicated after years of obscurity and neglect.

The monument, a cannon on a stone base, was rediscovered four years ago behind some brush in an unused bank parking lot along Route 202 in Chadds Ford Township.

But no one seems to know anything about its origin. Who made it remains a mystery.

According to a plaque, the monument was dedicated on Nov. 11, 1966, only two years after the Gulf of Tonkin resolution committed American fighting forces to Vietnam, and two years before the Tet Offensive of 1968.

The memorial had not been the site of any activity in four decades.

The plaque reads: “To the men of Delaware County for their valiant service in Vietnam.”

It also includes a partial quote from Wendell Willkie, the 1940 Republican presidential candidate: “Freedom is an indivisible word. If we want to enjoy it, and fight for it, we must be prepared to extend it to everyone, whether they are rich or poor, whether they agree with us or not … ”

Steve Quigley, of Concord Towing, brought the monument to the attention of the media after he rediscovered it while cleaning the area near his business four years ago. It was surrounded by brush and debris in an old bank parking lot diagonally across from Hillman Drive.

The monument is now part of the Brandywine Mills development. 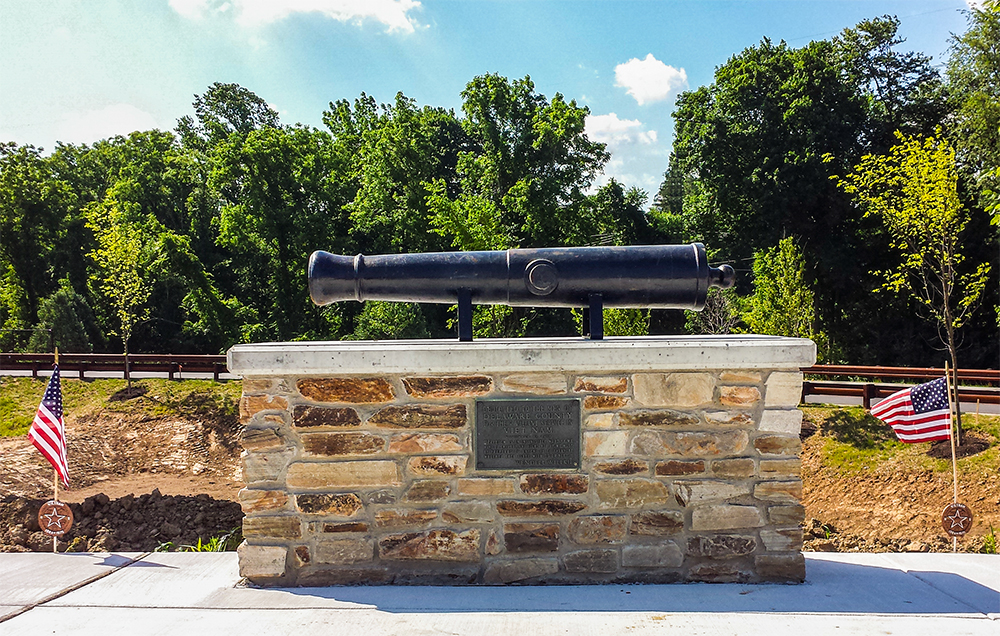 Chadds Ford is better known for the Sept. 11, 1777 Battle of Brandywine, which might be the reason why the monument included a Revolutionary War-era cannon.

So far, no one has been found with any recollection of its dedication, and public records have revealed no information.

Since August 2012, some Vietnam veterans, along with Quigley, looked after this monument by cleaning up weeds and placing flags and wreaths around it until construction started at the Brandywine Mills shopping center.

“We’re happy to move the monument, to give it a respectful place within our development,” said Peter S. Miller, president of Carlino Commercial Development, the developer of Brandywine Mills. “I think it will be a perfect gathering spot.”

The monument’s re-dedication is set for Saturday, Oct. 15 at 1 PM in the Brandywine Mills Shopping Center at 1751 Wilmington Pike in Chadds Ford. The location is part of a green space between a row of shops and Wegmans.

Vietnam Veterans of America, Chapter 67 of Delaware County, will be the official host with its president Bill Gafford acting as master of ceremonies.

Ralph W. Galati, a Vietnam veteran from Springfield and a one-time POW, will be the special guest speaker.