World Golf Champion Gary Player Gets in Some Rounds at Aronimink 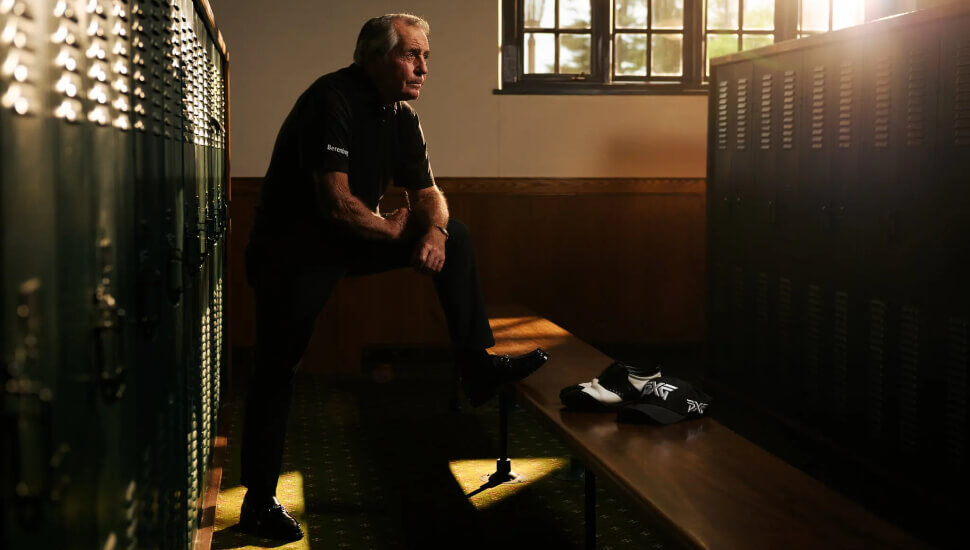 Image via The New York Times.
Gary Player in the locker room of Aronimink Golf Course in May.

He won the Grand Slam at 29, but Gary Player, now 86, with 160 victories and nine major championships, can still be found playing golf at the Aronimink Golf Club in Newtown Square, writes Alan Blinder for The New York Times.

The South African won’t surrender to age, so there he was in May at Aronimink playing golf in-between visits with his daughter.

The British Open, which starts Thursday, remains his favorite major and he played it a record 46 consecutive times.

“The British Open is the greatest championship in the world. I think the U.S. Open is second, the P.G.A. is third and the Masters fourth,” Player says.

“One time, I had it in my hand — there was no way I could not do it — and I quite honestly choked. It was the first time I really had adrenaline on a golf course since winning a British Open or the Masters,” Player says.

Read the entire interview with Gary Player at The New York Times.

By Age 30, He Was Director of Bel-Air Golf Club, But He Started as an Intern at Newtown Square's Aronimink