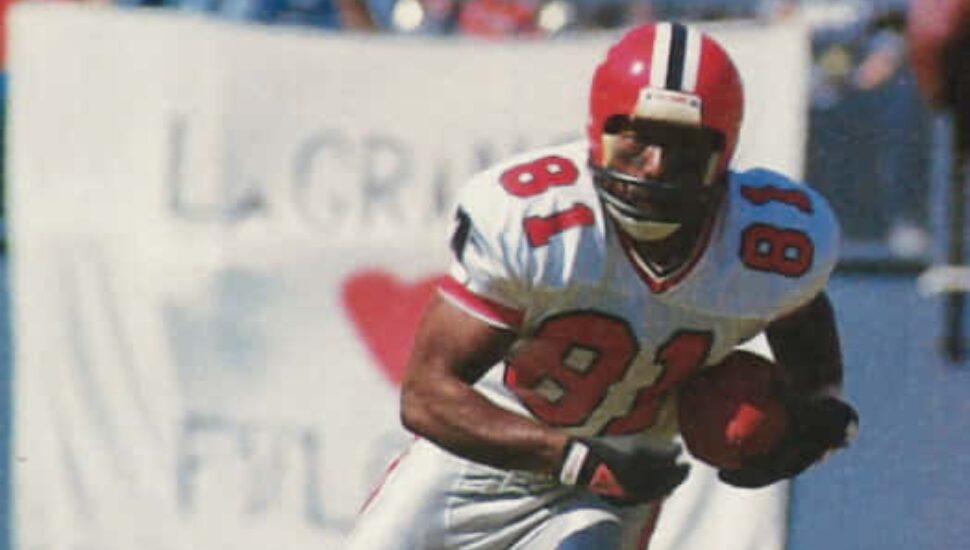 Billy Johnson is the greatest football player to ever come out of Delaware County, writes Jack McCaffrey for Lancaster Online.

The Widener University graduate and Marcus Hook native was the punt returner on both the NFL’s 75th and 100th anniversary teams. He’s a member of the College Football Hall of Fame and has been named a semifinalist for the Canton Class of 2023.

He’s recognized as one of the 100 all-time greats in the NFL, says his former Chichester high school teammate Boog Laird.

The man deserves a statue, so Laird headed up a campaign to erect a statue of Billy “White Shoes” Johnson in his home town.

“We grew up in Hook and most of our families didn’t have two nickels to rub together. But a lot of us did OK. And Billy is one prime example of someone that had a goal and, through hard work, reached it.”

The bronze sculpture by sculptor Jennifer Frudakis Petry will be unveiled in October. Laid hopes it will inspire local kids to realize they can be what they want, but will have to work for it.

Read more at Lancaster Online about the effort to erect a statue to NFL punt returner Billy Johnson in his hometown of Marcus Hook.