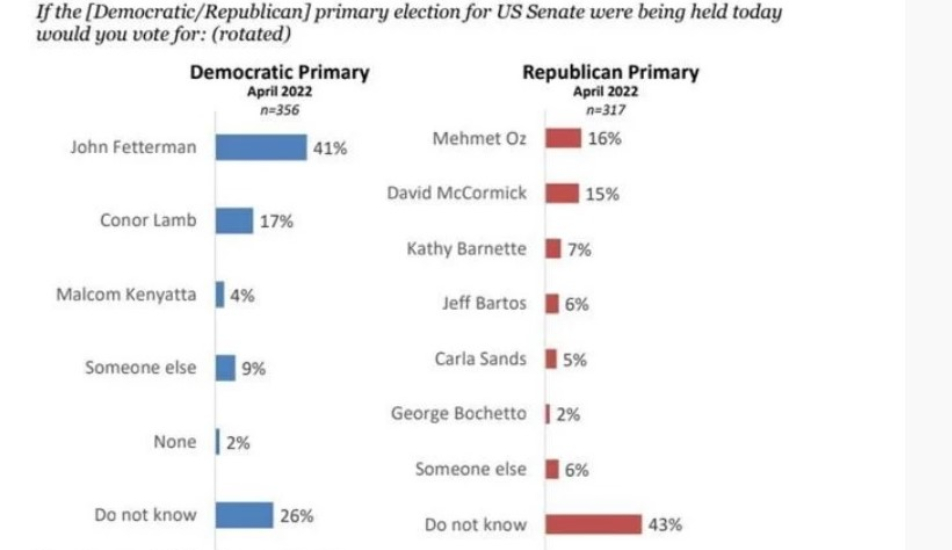 The latest Pennsylvania Senate poll shows the Republican primary race a jumble, while Lt. Gov. John Fetterman has a big lead in the Democratic primary race, writes Charles Thompson for The Bradford Era.

On the Democratic side, Lt. Gov. John Fetterman has a sizeable lead over U.S. Rep. Conor Lamb and state Rep. Malcolm Kenyatta.

The Franklin & Marshall College Poll is based on interviews conducted with registered voters March 30 to April 10.

The poll showed Oz with 16% support and McCormick at 15%, both within the poll’s margin of error.

Forty-nine percent of the GOP voters polled had no preference among the seven candidates on the ballot.

Fetterman received 41% of the Democrats interviewed. Lamb was a distant second at 17% while Kenyatta trailed at 4%.

The state’s primary Election Day is May 17.

Read more at The Bradford Era about this latest Pa. Senate candidate poll.