Swarthmore College Professor/Artist Evokes Memories of Places Not There 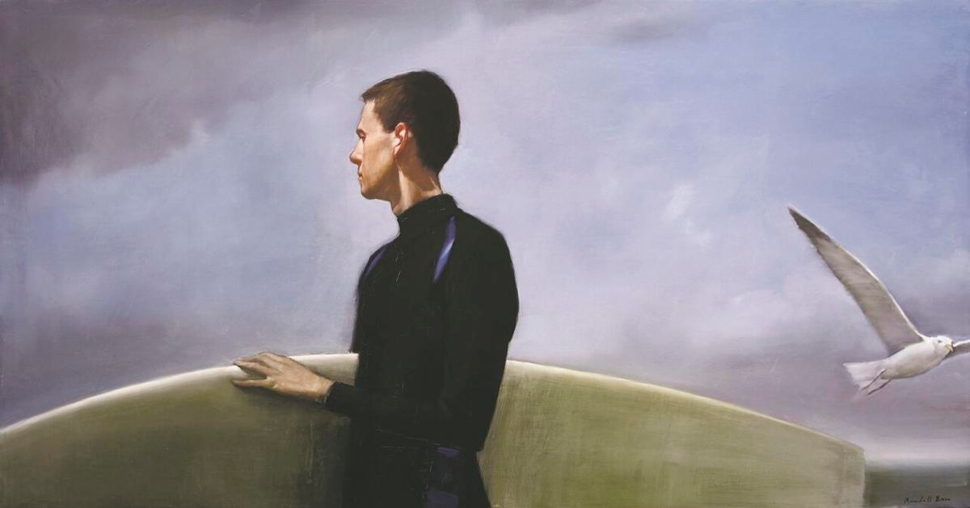 Swarthmore painter and Swarthmore College Professor Randall Exon hopes his artwork awakens the senses and creates an emotion, even though his paintings aren’t tied to a particular place, writes Michael Abatemarco for santafenewmexican.com.

Exon is a landscape and figurative painter in the realist tradition.  His imagery can evoke memories of a place by those who view it. His paintings are imagined landscapes but they are drawn from fragments of real life.

Exon was born in South Dakota and raised in the Midwest, where his grandparents had farms.

“I’ll usually come up with some kind of setting based on a place that I know,” says the 65-year-old painter. “But it’s really not anything specific.”

His landscape work has an imaginary or dreamlike quality.  Architecture will often feature in his paintings.

“Rather than trying to capture a specific kind of light on a particular day, it’s a more memory-based notion of light. I think of it as more temporal and sort of timeless in a way. It’s really the poetics of light that I’m reaching for.”

Read more at santafenewmexican.com about painter Randall Exon of Swarthmore.

Artist Couldn't Find Any Black Figurines, So He Just Made Them Himself