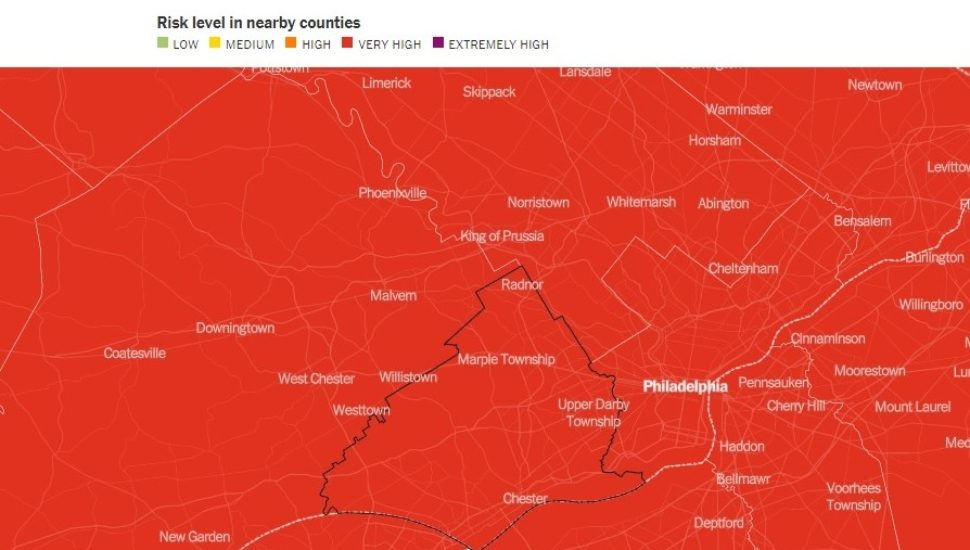 While the number of cases continued to go down in Delaware County over the last two weeks, the county remains at a very high risk level for the coronavirus, according to The New York Times.

The numbers of hospitalized patients and COVID-19-related deaths have fallen compared to two weeks ago, but the test positivity rate still remains elevated. This suggests that the number of cases may be undercounted.

In the past two weeks, an average of 113 cases per day was reported in the county, which is a 17 percent decrease from two weeks ago. Since the start of the outbreak, approximately one in 14 residents have been infected, totaling 41,224 reported cases.

December remains the month with the highest number of reported cases in Delaware County.

Meanwhile, the average I.C.U. occupancy was at 75 percent as of Feb. 25, decreasing three percent from the seven days prior.

Even so, the rate of cases in Delaware County is in line with those in neighboring counties, most of which are also at a very high level of risk.

Read more about the COVID-19 situation at The New York Times by clicking here.

HealthcareCOVID-19 Cases Down in Delaware County, But Still at a Very High Risk LevelFebruary 12, 2021

HealthcareEssential Workers Have a Higher Risk of COVID-19 Infection. Now We Know How Much Higher.February 9, 2021