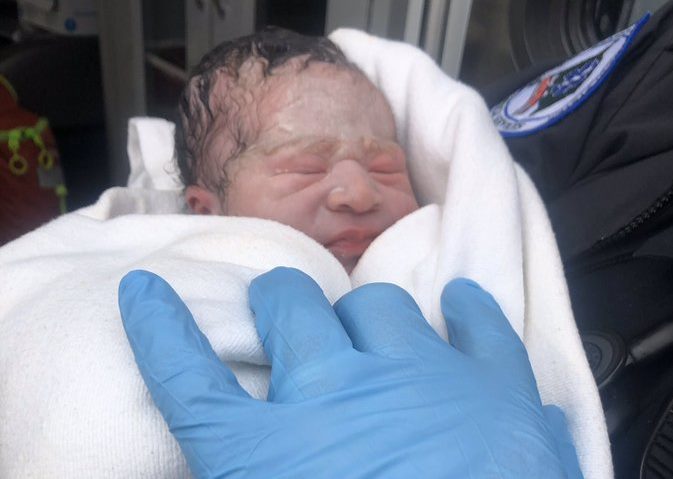 The two helped bring Baby William Orlando into the world , handling the delivery from the backseat of a car parked along West Chester Pike.

“By the time we got there, the full head was out,” Officer Dave Cullen, told CBSPhilly.

“The cord was actually wrapped around the baby’s neck and without even thinking, Matt initially unwrapped the cord from the neck, made sure the baby was moving and crying,” Cullen explained. “He did an awesome job consoling the mom and baby.”

A picture of Baby William found its way on to the Upper Darby Police social media accounts with a message about the delivery from the superintendent.

“I’m extremely proud of the two of them. They’re two of the finest officers we have here,” Bernhardt told CBSPhilly.

“We get trained for this type of thing, not every day does it happen, but the training kicked in,” Rugh said. “We were at the right place at the right time.”