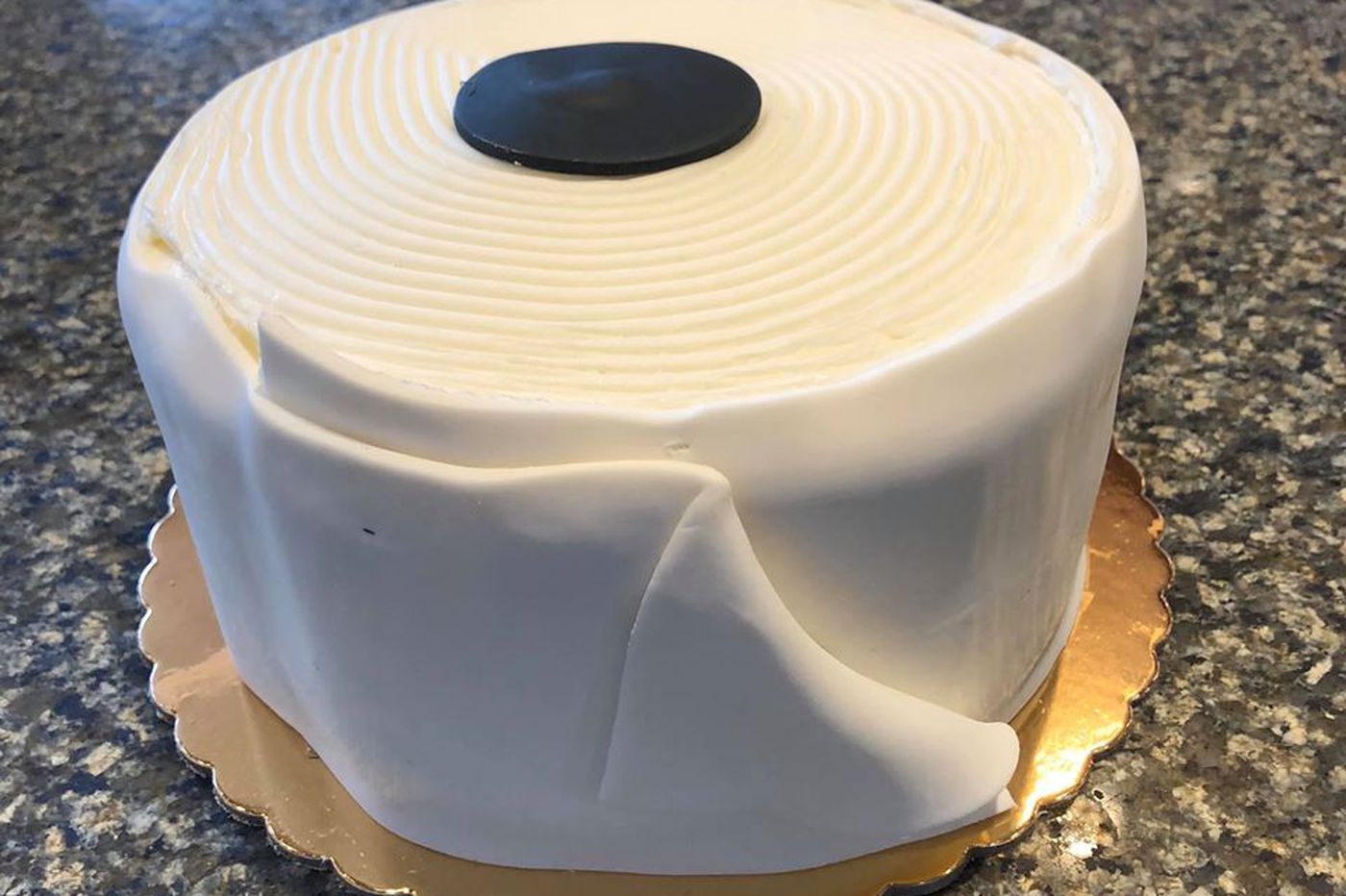 Traub’s Bakery in Prospect Park has its own answer to the shortage of toilet paper in the stores—toilet paper cake, writes Erin McCarthy for The Philadelphia Inquirer.

The yellow cake with icing has a fondant wrap which looks like the ridges and folded over edge of a toilet paper.

The hope is to make people laugh in these uncertain times and to drive business in light of social distancing.

“People who love [the cakes] most are the ones running around, trying to find toilet paper,” said manager Flossie Cowan. “One woman was like, ‘My daughter still hasn’t found toilet paper. I need to get this for her.’”

The idea was the inspiration of a former Traub’s cake decorator.

Demands for the toilet paper cakes took off once photos of them made it to the bakery’s Facebook page.

By and large, the response has been positive, she said.

Traub’s is keeping its business going, selling eggs, bread and milk along with desserts, and sanitizing constantly.