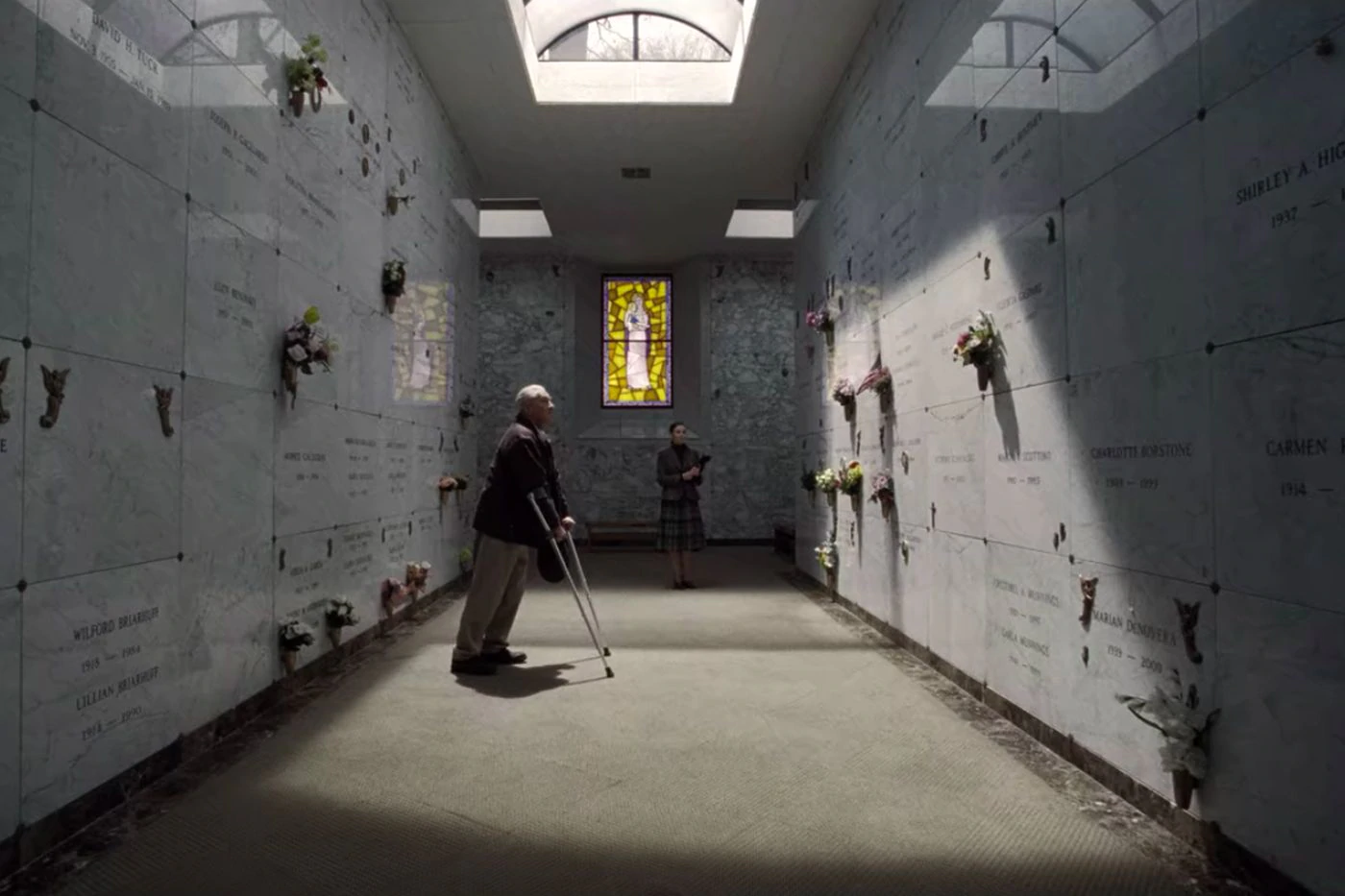 Sheeran was featured in author Charles Brandt’s 2004 book “I Heard You Paint Houses” as a mafia hit man who claimed to have murdered ex-Teamsters leader Jimmy Hoffa.

Sheeran’s deathbed confession to Hoffa’s murder serves as the basis for “The Irishman,” which takes place across 50 years.

Sheeran died in December 2003. In the movie, he is seen picking out his casket and final resting place, which in real life is at Holy Cross Cemetery.

As Sheeran said in “I Heard You Paint Houses,” his first wife, Mary, was to be buried with him following her death in 2005 — a plan that appears to have been fulfilled, according to an image of Sheeran’s grave marker on online cemetery database Find A Grave.