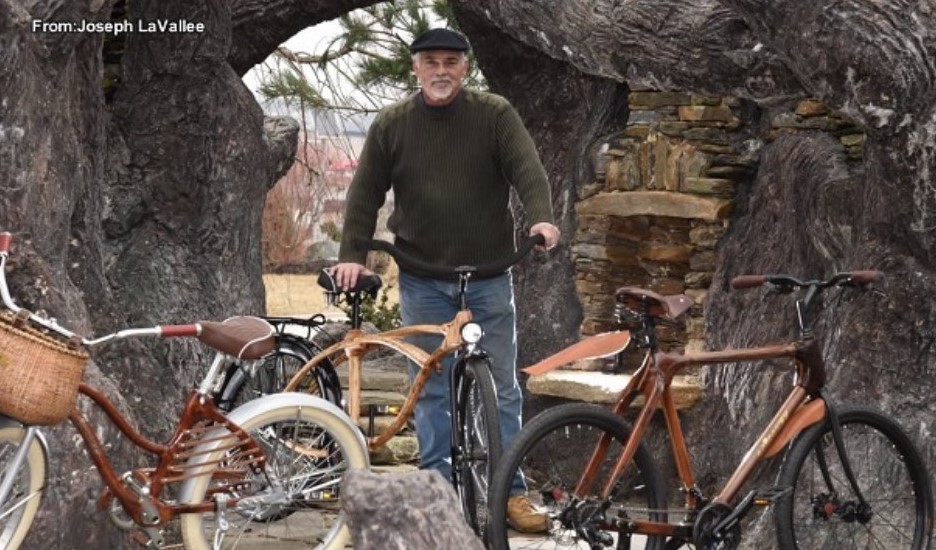 Joseph LaVallee is creating art by hand-crafting unique bicycles out of wood in his Essington workshop, according to a report from Fox 29.

So far, LaVallee has used repurposed wood to create three different kinds of bicycles and is now working on his fourth.

“These are really made as art; they are eye-catching,” he said. “People stop to see them. I don’t want to make bikes that go 20 to 40 miles per hour. I want ones that cruise around the neighborhood and are smooth.”

The first bike LaVallee created was a mountain bike, and to this day, it remains the one he likes the most.

“The brown is walnut,” he said. “The light is maple and the one in the center is cherry. It kind of built itself. This one will never be for sale, sorry. This one is mine.”

Each of his bikes is different. One of his creations is a beach cruiser made of ash.

“It is not about making the same bike over and over,” he said. “That is not what I am into. It is about having a dream and making one.”

LaVallee sells his creations through his website, LaVallee Bicycles.

Read more about Joseph LaVallee at Fox 29 by clicking here.